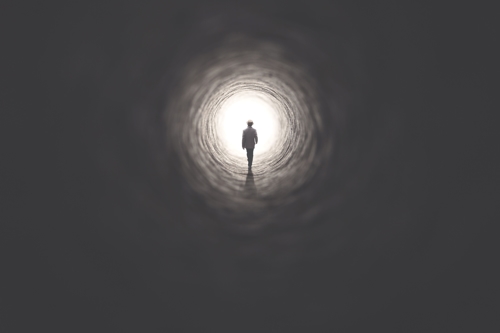 Residents Let the Sunshine In

West Village residents recently rejoiced when scaffolding that had plagued a stretch of West 9th Street, for some twenty years, was finally carted away.

The sidewalk shed, which was erected in front of 26 West 9th Street, back in 1999, was briefly removed in mid 2000s, and had been up, without interruption, since 2012. Local residents complained that the scaffolding was an eyesore creating a “dirty tunnel of darkness” on an otherwise pristine block.

Residents had been imploring the owner of 26 West 9th to remove the scaffolding, for years, with efforts ramping up early in the pandemic. Among other things, residents began a movement and leafed the block with fliers containing a single demand: “Take it Down, George!” (“TIDG”) (The building's owner is an individual named George Adams.)

The residents’ demands were heeded in late September, when inspectors from the Department of Buildings (after extensive repairs and inspections) officially deemed the building safe, and the longstanding scaffolding was finally disassembled and removed from the premises.

Of course, many see this as a win for the little guys against absentee landlords. However, even while celebrating the victory, a local resident noted that it should not fall onto neighborhood activists to take on the fight – an implication that the city needs to do more to prevent owners from letting sidewalk sheds linger.

Sidewalk sheds and scaffolding are a staple of the New York City landscape, in part, because of Local Law 11 which requires that owners of large buildings inspect their facades every five years and erect sheds until the buildings are deemed safe. While, on average, such sidewalk sheds only stay up for approximately seven months, many remain in place much longer.

Since the cost of renewing shed permits is often lower than performing necessary repair work, some unscrupulous landlords will elect to continue renewing their shed permits without addressing the underlying façade work. And even though measures exist to curb such practices, (such as increasing penalties for uncompleted work and city-initiated nuisance lawsuits), the practice still continues. Indeed, the City is currently involved in a suit against a property owner in Sugar Hill (who, it is believed, has the oldest standing sidewalk shed in the City). But, to date, that shed persists and a recent report discovered a series of unsafe conditions in the adjacent building. (Those conditions would need to be remedied before the scaffolding could safely (or legally) be removed.)

While it is clear the city needs to enact stricter measures to disincentivize recalcitrant landlords from permitting sidewalk sheds to litter the landscape, for years at a time, the residents of West 9th street “scored one for the little guy,” and can certainly celebrate a hard-fought victory.