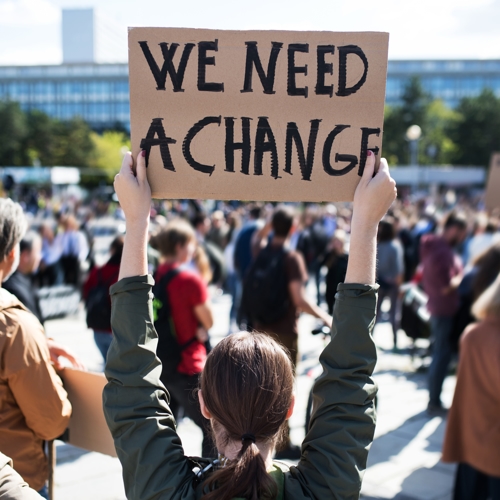 According to a recently published report, pro-landlord groups -- like the Rent Stabilization Association (RSA), Community Housing Improvement Program (CHIP), and the Real Estate Board of New York (REBNY) -- spent over $5.2 million in the last four years, to influence New York’s rent and housing legislation. A major chunk of that expenditure came in 2019, when these groups spent $2.3 million to sway lawmakers from passing the Housing Stability and Tenant Protection Act (HSTPA). (Ultimately, those attempts failed, and in June 2019, the state overhauled its rent stabilization laws in tenants’ favor.)

Experts are now predicting that these same groups will spend big in order to push for a replacement of the soon expiring 421-a tax abatement program, and, to derail the “Good Cause Eviction” bill. While Governor Hochul is considering alternatives to the 421-a tax break, the debate around Good Cause Eviction legislation continues to gain steam. A growing number of local governments and municipalities in the State have adopted a version of the latter bill, although it is yet to be formally considered by New York City. (Mayor Eric Adams has already signaled his support for the idea.)

The spending analysis, compiled by Housing Justice for All and tenant advocacy groups, claims that RSA, CHIP, REBNY, and their political action committees, collectively expended a whopping $20 million battling pro-tenant legislation—which includes close to $8 million on lobbying, $8.8 million on supporting pro-landlord political candidates, and over $2.3 million on lawsuits.

“New York’s real estate industry has always been the biggest obstacle to winning meaningful protections for tenants, and this report finally puts a price tag on how much they’re willing to spend to preserve their own power,” said Housing Justice for All’s Cea Weaver in an issued statement. “With evictions at record rates and rents skyrocketing, New Yorkers need help from Albany more than ever. Albany lawmakers must resist the siren song of real estate money and stand up for the tenants who are counting on them to deliver.”

Ross Wallenstein, a spokesperson for the pro-landlord groups, was dismissive of the report and its findings. “We don’t put much faith into a report hastily pieced together by a lobbying organization whose leadership doesn’t see that, if pushed through the legislature, good cause eviction will do real damage to New York’s already teetering economy.” Wallenstein believes that the bill, if passed, would discourage investment in rental housing statewide, hurting both owners and tenants.

But many, like Juanita Lewis, Executive Director of pro-tenant group, Community Voices Heard, don’t agree with that spin. “This report details what tenants have known for too long: that wealthy elites from the real estate industry wield too much control over housing policy in Albany through big spending,” Lewis noted. “New York State’s elected leaders must focus on the housing needs of its people, not on increasing the profits of real estate moguls.”