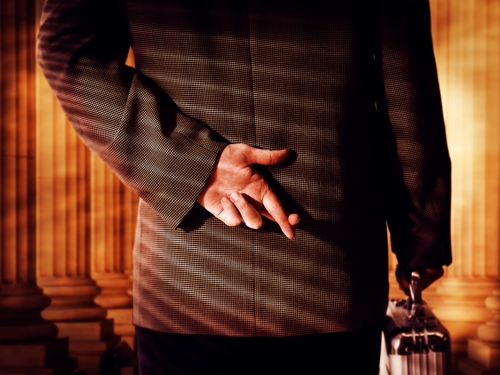 As the city recovers from the pandemic, the steep discounts that we witnessed last year have all but disappeared. Landlords are looking to capitalize on the recovery by jacking up rents (sometimes, to greater than pre-pandemic levels). But in the process, a lot of property owners are denying renewal leases to existing renters, leaving the latter with little recourse.

But that may soon change if New York State passes the legislation proposed by Brooklyn Sen. Julia Salazar and Syracuse Assembly Member Pamela Hunter. Their bill—called the “Good Cause” bill— would prevent landlords from removing a tenant without a court order, even if that tenant’s lease expired or if they never had a lease. The bill also provides that every residential tenant will have the right to a renewal at a rent increase not to exceed 3% or 1.5 times the increase in the consumer price index.

In recent months, two New York State municipalities—Albany and Hudson—have already adopted versions of this Good Cause protections. And pro-tenant groups are calling for New York City to be next. “If nothing is done, and after the eviction moratorium eventually expires, it is only a matter of months before New York grapples with an unprecedented eviction crisis,” noted a letter directed to Gov. Kathy Hochul, written by the Legal Aid Society and Housing Justice For All. “Amid this ongoing and unprecedented public health crisis, keeping New Yorkers in their homes is vital to lessening the devastation caused by COVID-19.”

But landlords are less than pleased with the idea of the government capping their rental income. “Good Cause is a nice name for rent control,” said Brooklyn landlord Robert Lee, noting that rents on market rate units—apartments that are not rent regulated—are used to subsidize other units in the building, and allow owners to make repairs or cover property tax increases. Another pro-landlord advocate remarked that forcing landlords to run to court every time they want to remove a tenant would further clog the already backlogged housing court system.

The bill’s supporters are quick to point out, however, that the proposed legislation would still enable landlords to evict tenants for nonpayment or for creating nuisance, committing crimes or otherwise breaching lease terms. Landlords would also be free to increase rent as high as they see fit on non-rent stabilized units once an apartment becomes vacant. “Once a tenant leaves, they are allowed to do whatever they want,” said Housing Justice For All organizer Cea Weaver. “Basically all it says is that a judge has to decide if a rent increase is fair.”

The New York City Council is set to weigh in on the proposed bill by introducing a resolution calling on lawmakers to pass the statewide measure. Said Councilmember Brad Lander, “The trauma for tenants who get evicted in a tight real estate market is far more severe than the challenges facing a small landlord. . . [I]f your business model, even if it’s a small business model, requires the right to throw people out of their homes without a good reason, that’s not a business model we want to encourage in New York City or New York State.”