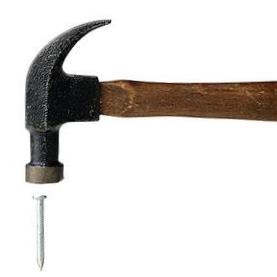 New York landlords will soon need to roll up their sleeves and get to work in order to comply with a new law (signed by Governor Cuomo on November 11, 2020), which revises Article 7A of the New York State Real Property Actions and Proceedings Law (“RPAPL) and mandates that court-ordered building repairs be completed within 60 days.

The bill was first proposed after the death of 8-year-old Jashawn Parker, whose Bronx apartment building burned down in 2002 while he was still inside. The cause of the fire was attributed to faulty electrical wiring -- in a building that reportedly had some 387 building code violations. Even though the owner had been sanctioned by a local court a number of times for violations, he was still able to postpone any negative ramifications for years. Fourteen months after a judge had ordered the repair of the most hazardous conditions within a thirty-day period, the structure went up in flames. Now, in the hopes of avoiding a repetition of that horrific event, the new statute allows for only one extension up to a maximum of 60 days -- and only upon the showing of good cause.

Since that tragedy, it has taken some 18 years to pass legislation with actual teeth to ensure that bad actors -- who drag their feet when it comes to repairs – will get the job done, or face a court-appointed administrator who will.

Some owner-based groups have expressed concerns, claiming that small landlords may not have the funds right now, particularly in the wake of COVID. But that argument apparently won’t cut it since safety is of paramount concern.

“I don’t want to see small landlords go under, but for the big landlords with thousands of buildings, and they are a significant portion of the city, I’m not under the impression there is a problem,” said Bronx Assembly member Jeffrey Dinowitz. “They certainly can’t use Covid as an excuse for not making repairs that could be life-saving.”

Dinowitz was instrumental in pushing the legislation through the Assembly, and then through the Republican-controlled Senate – where it had failed for nearly the last two decades.