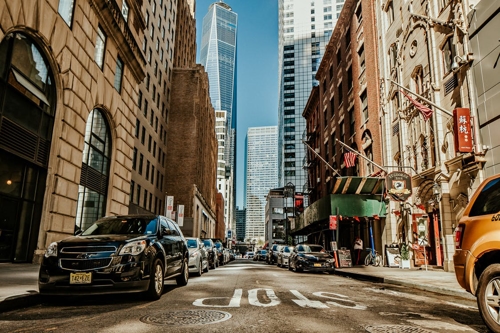 With over 100 million people visiting the Christmas tree each year, Rockefeller Plaza is always a mess. And in order to create additional space for pedestrians, the City closes West 49th and West 50th Streets during the holiday season. Additionally, the roads “have been closed since late November to car and truck traffic between Fifth and Sixth Avenues during the busiest times of the day,” notes the Wall Street Journal.

Now that the holiday season is behind us, Mayor Bill de Blasio is considering proposals to keep the two roads closed permanently. “From what I saw, it succeeded because we had really huge crowds and it helped keep these folks safe,” de Blasio said.

Manhattan Borough President Gale Brewer and New York City Councilmembers Keith Powers have requested a meeting with the City to keep the street closures permanent. Brewer firmly believes that “you need more space to move around.”

According to the Journal, de Blasio believes vehicles should be banned from the side streets surrounding 30 Rock during the holiday season, only. “From what I can see it’s really that concentrated time around the holidays where the need is greatest,” the mayor said.

Andy Byford, the President of New York City Transit objects to the closure idea because the City’s lack of cooperation regarding the expansion of bus lanes. During the holiday season, as the pedestrians were given more space, buses experienced an increase in travel time “by about two minutes on weekdays and nearly two-and-a-half minutes on weekends.”

“It’s certainly made the experience of the street better for the thousands of people who came and visited Fifth Avenue during this holiday season,” said Jerome Barth, President of The Fifth Avenue Association. “It was an interesting experiment and could lead to positive changes.”