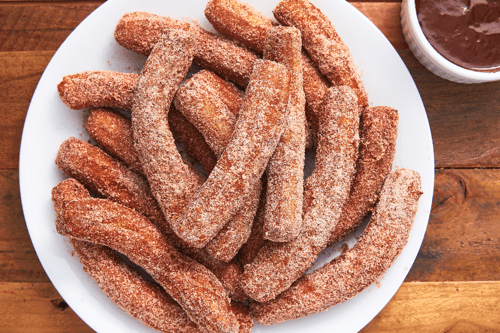 Earlier this month, a video of a churro vendor being handcuffed by New York City police officers went viral.

Apparently, the lady was arrested for illegally selling her wares on MTA property, triggering objections from activists.   But, as the New York Times recently reported, just as they were noting their disapproval of that police action, “another woman selling churros in a different Brooklyn train station was arrested, a police spokeswoman confirmed.”

According to the individual who uploaded the video, the churro seller had the option to either “turn over her cart and receive a fine or face arrest and have the cart confiscated.”  And, apparently, the vendor refused to relinquish her cart.

Mayor de Blasio defended NYPD’s actions, indicating that the churro seller had been given multiple warnings that she wasn’t allowed to engage in that commercial activity, because it was illegal and caused platform congestion. “The officers comported themselves properly, from what I can see,” de Blasio added.

But the Mayor did hedge, noting he hadn’t actually viewed the video and that his conclusions were based on a report he had received.

Governor Cuomo believes that arrests for less serious offenses will ultimately lower the crime rate throughout the entire transportation system.

To view our prior report on the allocation of 500 new officers to the subway system, please use this link:  https://www.nyrealestatelawblog.com/~/manhattan-litigation-blog/2019/november/nyc-subway-crime-is-on-the-rise-/