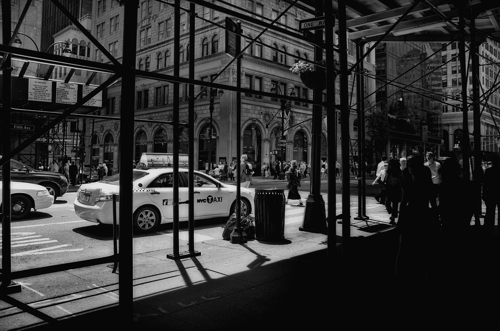 Back in 1980, after a 17-year-old girl was killed by a falling piece of masonry on the Upper West Side, New York City enacted “Local Law 11” -- marking the beginning of Manhattan’s scaffolding phenomenon. These “sidewalk sheds” are now scattered everywhere, and in her column in the New York Post, Miranda Devine recently expressed displeasure with how they now define our great metropolis.

“No other big city in the world is as blighted by scaffolding as New York. Not Paris nor London, where buildings are older. Not Chicago, which has more inclement weather,” writes Devine.

Intended to be temporary, with an expected installation duration of only three years, there are some that have remained in place for up to for twenty years. And Devine believes these sheds have “turned the sidewalks outside our homes and businesses into unsightly slums.” She's also of the view that they foster crime, citing a story of a 57-year-old woman who was mugged by four men in October.

Upper East Side City Councilperson Ben Kallos is trying to combat scaffolding and has two proposed bills that have languished due, in part, to opposition from the real-estate industry.

“The worst offenders are rental buildings where landlords leave scaffolding in place indefinitely because the $1,200 a month it costs to rent the structure is cheaper than doing a $200,000 repair on the building,” reads The Post.

One proposed law that Kallos introduced back in 2016 would require that scaffolding remain in place for no longer than ninety days. If no work is done for seven days, then the sidewalk sheds must be removed. While Kallos’s ideas have yet to be enacted into law, Devine believes it is because Mayor de Blasio sees scaffolding as a “metric of progress.”

“When will progressives realize that the answer to our City’s problems is not to regulate more?,” asked Jonathan H. Newman, a senior partner at Newman Ferrara LLP. “Rather than pass more laws, why not get to the root of the underlying problems which have led to the increase of these eyesores in the first instance?’