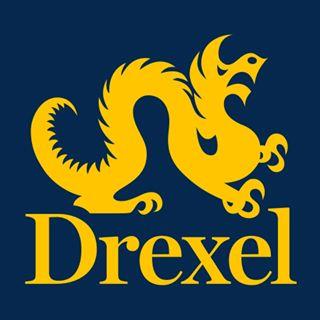 Older smokers are usually more set in their ways, but a dollar increase in cigarette prices makes them 20 percent more likely to quit, a new Drexel University study found.

The study, published in Epidemiology, used 10 years of neighborhood-level price data to determine how it affected nearby smokers, focusing on those who skewed older.

"Older adult smokers have been smoking for a long time and tend to have lower rates of smoking cessation compared to younger populations, suggesting deeply entrenched behavior that is difficult to change," said Stephanie Mayne, PhD, the lead author of the study who is a former doctoral student at Drexel and now a fellow at Northwestern. "Our finding that increases in cigarette prices were associated with quitting smoking in the older population suggests that cigarette taxes may be a particularly effective lever for behavior change."

Taking a look at the local relationship between smoking habits and cigarette prices is an understudied but important area to look at, according to the senior author on the study, Amy Auchincloss, PhD, associate professor in the Dornsife School of Public Health.

"Results on this topic primarily have come from population surveillance," she said. "But we had neighborhood tobacco price data and could link that to a cohort of individuals who were followed for about 10 years."

Smoking cessation remains an important focus of public health efforts since it remains the largest preventable cause of death and disease in not just the United States, but the world.

The cohort Mayne and Auchincloss looked at included smokers ranging in age from 44 to 84 and stretched across six different places, including the Bronx, Chicago, and the county containing Winston-Salem, North Carolina. Data were taken from the study population between 2002 and 2012 as a part of the Multi-Ethnic Study of Artherosclerosis (MESA).

In addition to finding that current smokers were 20 percent more likely to quit smoking when pack prices went up by a dollar, Mayne and Auchincloss' team showed that there was a 3 percent overall reduction in smoking risk.

"Since heavy smokers smoke more cigarettes per day initially, they may feel the impact of a price increase to a greater degree and be more likely to cut back on the number of cigarettes they smoke on a daily basis," Mayne said.

While the data focused on a population older than 44, Mayne believes the price effect may be "similar or possibly stronger in a younger population."

"Some research suggests younger adults may be more price-sensitive than older adults," she pointed out.

Something she found, though, was that smoking bans in bars and restaurants did not appear to have any effect on smoking behavior in the study population. Although more research is likely necessary to see why that is and whether it's true -- Mayne will soon publish a study devoted to that -- one possible explanation is that the economic pressures of a cigarette price increase provide a stronger incentive to quit than placing limits on smoking in public places.

Mark Stehr, PhD, an associate professor in Drexel's School of Economics who also served as a co-author on the study, also had a thought on the bans' effect.

"A ban may be circumvented by going outside or staying home, whereas avoiding a price increase might take more effort," he pointed out.

Based on results from this study, raising cigarette prices appears to be a better strategy for encouraging smoking cessation across all ages.

"Given our findings, if an additional one dollar was added to the U.S. tobacco tax, it could amount to upwards of one million fewer smokers," Auchincloss said. "Short of federal taxes, raising state and local taxes and creating minimum price thresholds for tobacco should be essential components of a comprehensive tobacco control strategy - particularly in places with high tobacco prevalence.