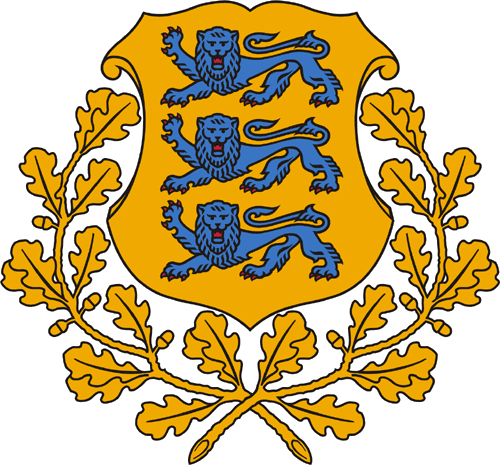 In January 2006, the Permanent Mission of the Republic of Estonia to the United Nations began searching for a residence for its Ambassador, Tiina Intelman. The home was also to be used to host diplomatic functions, such as official meetings, receptions, and state dinners.

On January 26, 2006, Intelman inspected the upper triplex at 245 East 52nd Street. On February 1, 2006, the Mission signed a lease with New Start, LLC, the building's owner, and, $90,000 in rent was paid for the year. Interestingly, the lease provided that essential services such as heat and hot water were the Mission's responsibility, and that the landlord would not be liable for any interruption or delay in the provision of those services.

On February 8, 2006, Intelman arrived at the premises with movers, only to find the gate padlocked. Upon entering, Intelman discovered that the gas stove, the hot-water heater, the heating units, and the fireplace were all inoperable. She then contacted Con Ed, who informed her that the building's gas system for the building was unconnected and inoperable.

At no point during her tenancy did the landlord manage to get the gas turned on. Instead, late in February of 2006, the landlord converted the hot water heater to electric power, and installed an electric stove and electric heaters.

Unfortunately, the electric heaters didn't do the trick. Ambassador Intelman testified that she joined a sports club so that she could shower in the mornings. Marike Kokajev, the Deputy Permanent Representative of the Mission, testified that the Ambassador often stayed at his residence because her apartment was too cold. Kokajev further indicated that when he visited the Ambassador's apartment, he needed to wear his coat and scarf due to the frigid temperature.

The apartment was obviously unsuitable for diplomatic functions, and so the Mission rented space elsewhere, when necessary. Intelman moved out on September 20, 2006, and on October 30, 2006, surrendered the space back to the landlord.

On April 24, 2006, the Mission filed a complaint against the owner in the U.S. District Court for the Southern District of New York, and established at trial that New Start had breached the warranty of habitability and that the Mission had been constructively evicted .

New York's statutory " implied warranty of habitability " requires the landlord to ensure that residential space is "fit for human habitation and for the uses reasonably intended by the parties and that the occupants of such premises shall not be subjected to any conditions which would be dangerous, hazardous, or detrimental to their life, health, or safety."

Furthermore, New York State law deems any agreement which absolves the landlord of its obligations under the warranty, void. Thus, the federal court rejected the landlord's defense that, under the lease, the Mission was responsible for heat and hot water.

The Court further found that the premises continued to lack heat and hot water, even after the landlord installed the electric heaters, thus comprising a continuing breach of the governing statute.

A constructive eviction occurs when, either through an act or omission, a landlord deprives the tenant of the beneficial use and enjoyment of commercial or residential premises, forcing the tenant to abandon same. The Court determined that Intelman had been constructively evicted on October 31, 2006, when the Mission returned control of the premises back to New Start because of the conditions extant.

Ultimately, the Mission was awarded damages in the amount of the rent paid for the period of October 31, 2006 through February 2007, as a result of the constructive eviction, together with one month's rent for the breach of the warranty of habitability. Because the lease reserved the landlord's rights to recover attorneys' fees in the event of litigation, the Mission (as a residential tenant) had a reciprocal entitlement to them under New York law and, as the prevailing party in the case, was further awarded its fees.

How's that for a mission impossible ?

For a copy of the Southern District's decision, please use this link: The Permanent Mission of the Republic of Estonia to the United Nations v. Thompson

Special thanks to our friend Robert Roth, Esq., for bringing this case to our attention.