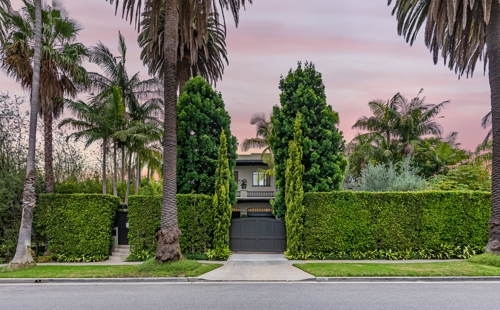 A Santa Monica mansion just recently hit the market at $17.5 million, and the stunning abode once served as the childhood home of famed actress, Gwyneth Paltrow. 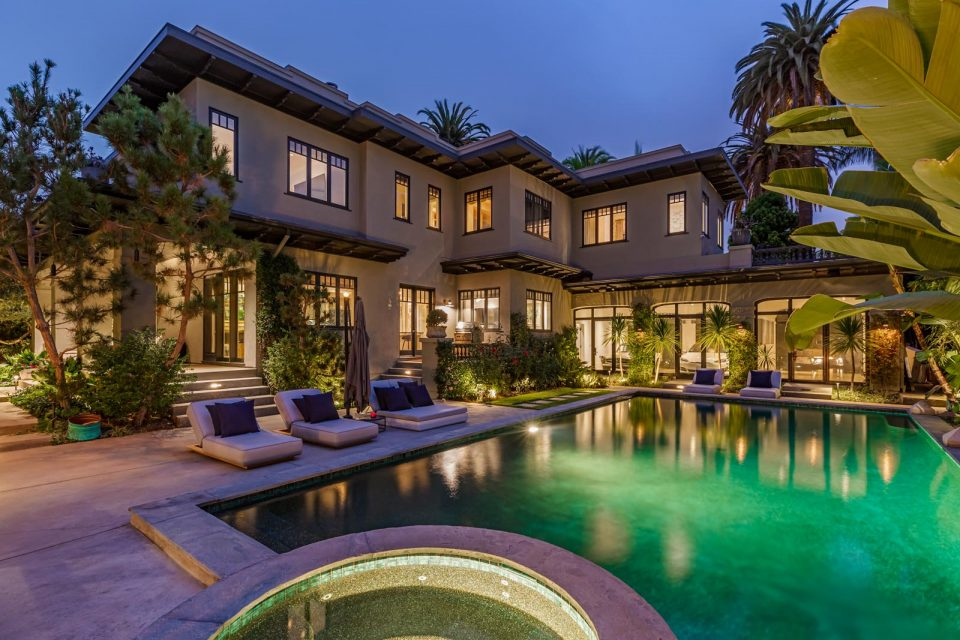 Upon entering the home, the foyer is encased in glass and leads you to an open concept living area with a stone fireplace, a home theatre, and a guest bedroom. 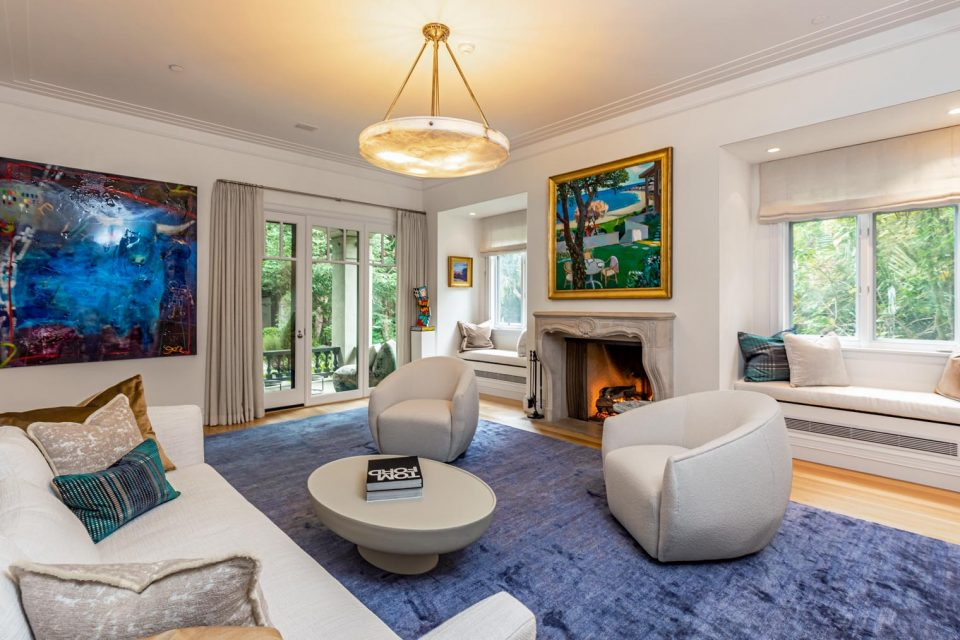 Step into the chef’s kitchen and you’ll find all Wolf and Subzero appliances, a marble island, and custom-built cabinetry. 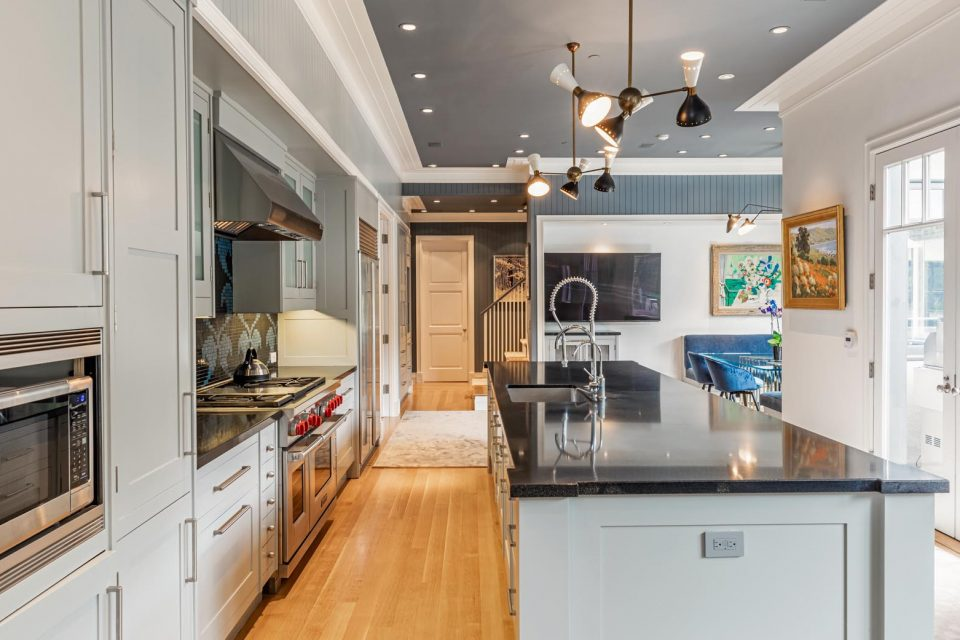 Upstairs, the master suite includes an expansive walk-in closet, his-and-hers bathrooms with sauna, and a luxurious balcony overlooking the pool area. Wide windows in all the bedrooms and bathrooms maintain and bright and airy aesthetic consistent throughout the home. 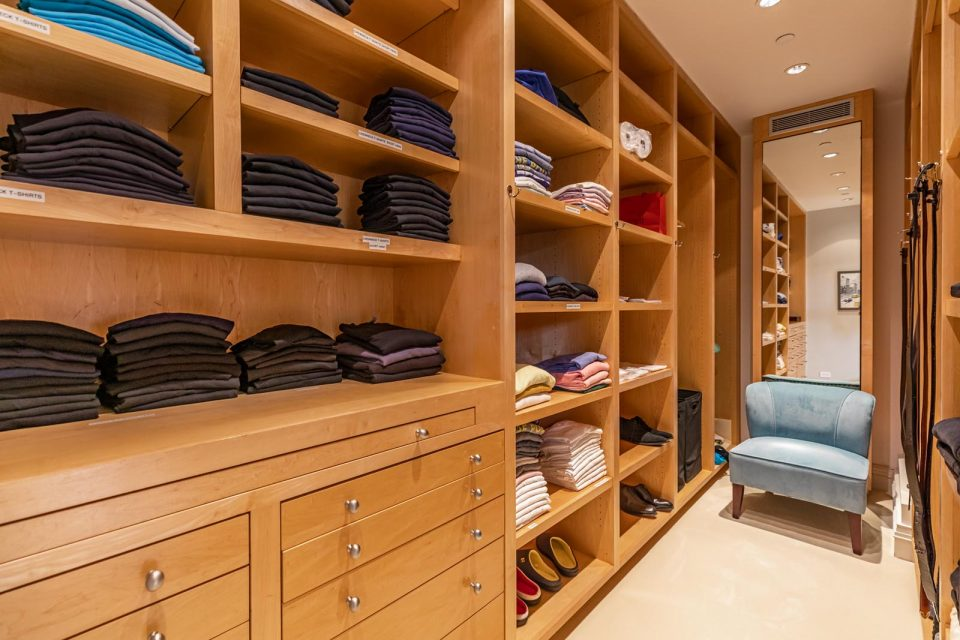 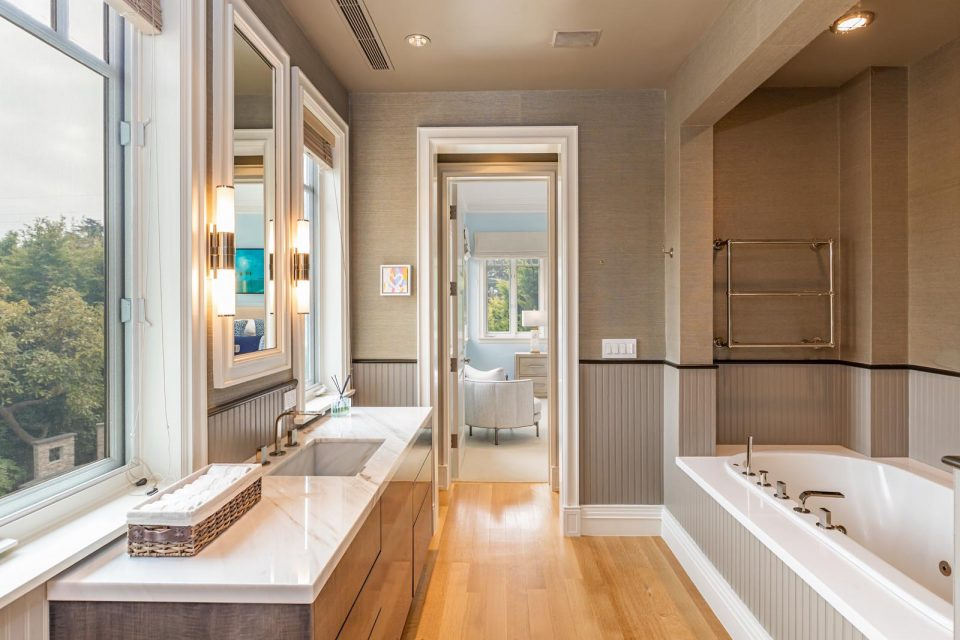 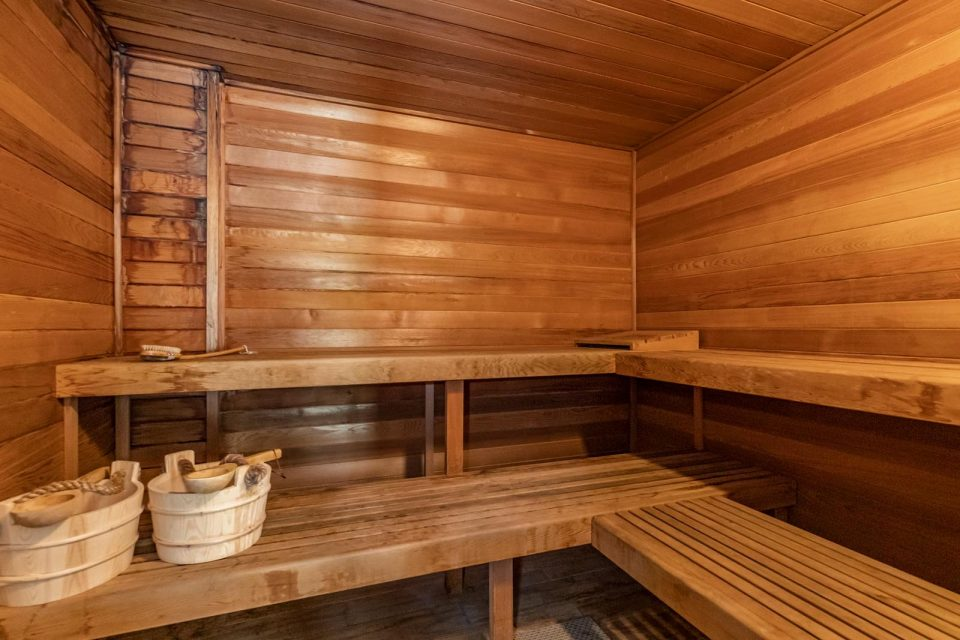 Outside, the grounds are a spectacle. Sitting on a half-acre lot, the manicured landscaping and palm trees complement a Balinese-inspired pool and spa oasis. There are two stone fire pits, multiple entertainment and lounging areas, and covered pergolas sporting beautiful hanging ivy. 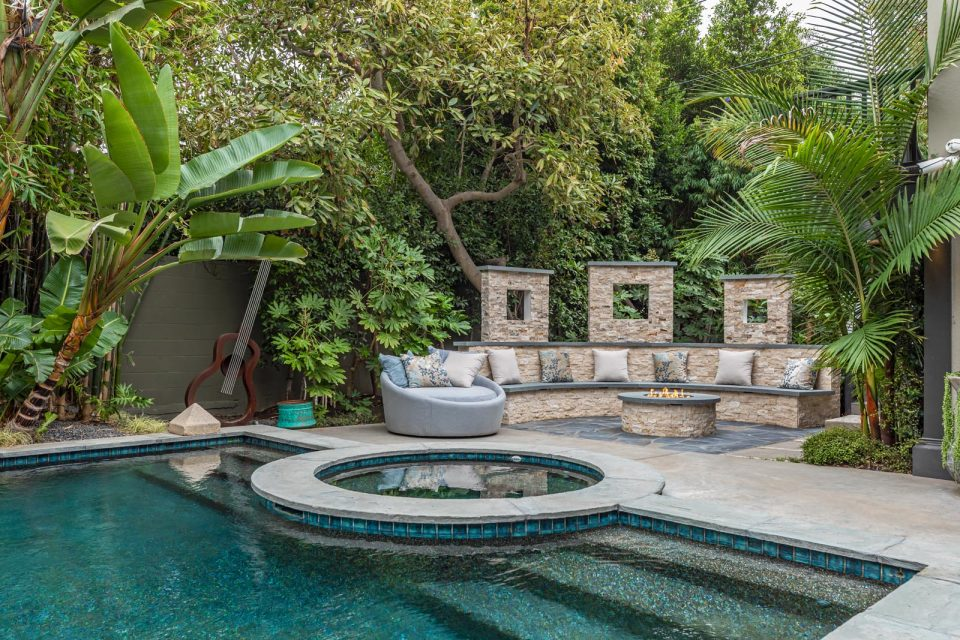 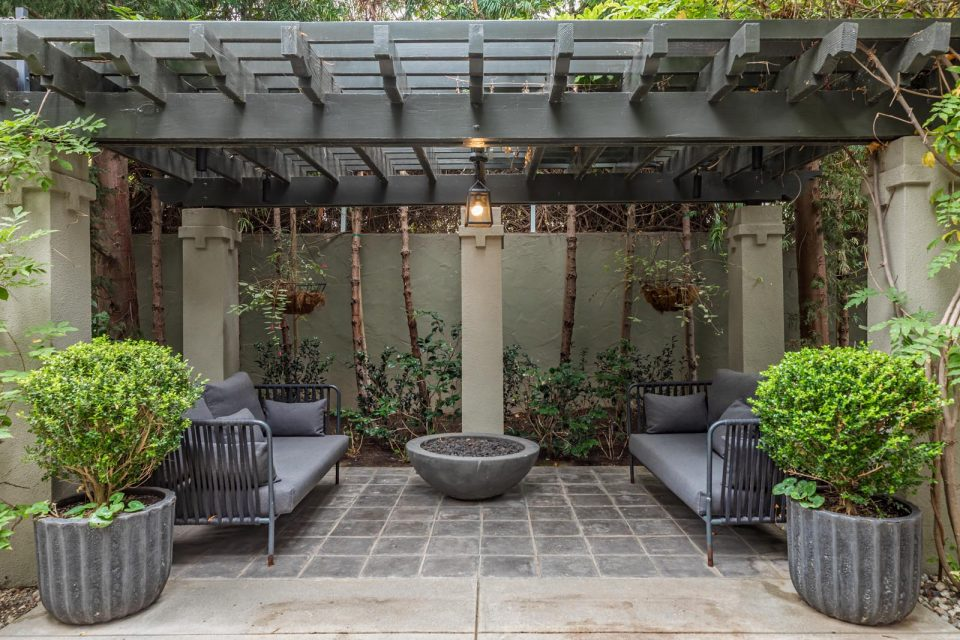 Adjacent to the pool is the two-story guesthouse, which is equipped with a home gym, a bedroom and an office. And for the avid luxury auto collector, the three-car garage is designed as a glass-box showroom. 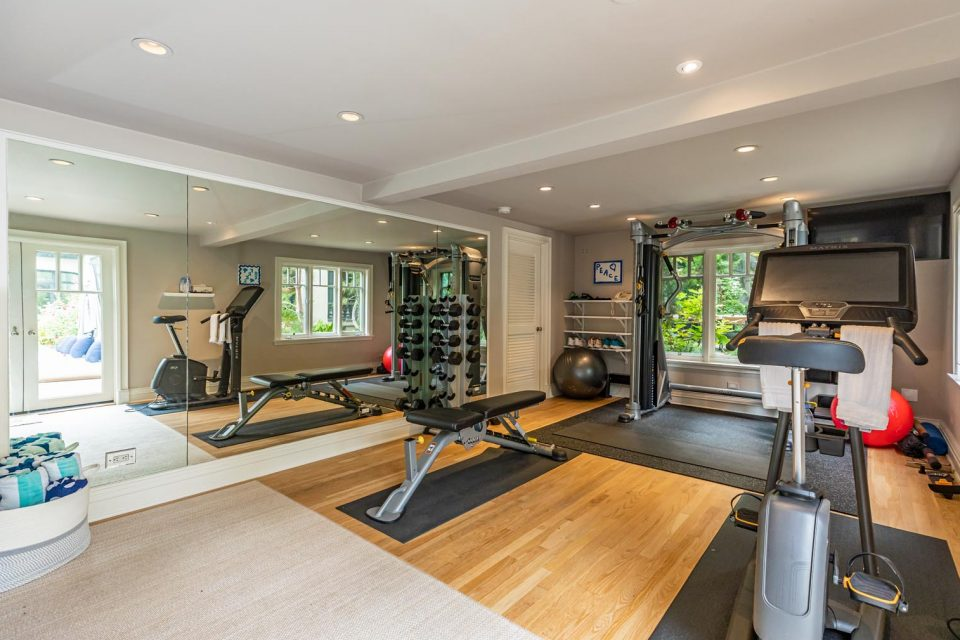 Winner of an Academy Award, a Golden Globe, and a Primetime Emmy, Paltrow began her acting career at the age of 17, starring in the TV drama High, directed by her father, Bruce Paltrow. Her mother, Blythe Danner, had her own acclaimed career, with Tony and Emmy award wins. Throughout younger Paltrow’s career, she has starred in numerous blockbuster films such as Shakespeare in Love, Seven, andThe Talented Mr. Ripley. While her acting career has slowed a bit since having children, she still serves as the face of Estée Lauder Pleasures Perfume line, has authored several cookbooks, and also heads the lifestyle brand, Goop.

The Gillette Regent Square neighborhood of Santa Monica is known for its massive plots of land, stately mature trees that decorate the streets, and proximity to Palisades Park which overlooks the Pacific Ocean. Originally designed by King Gillete, the razor blade manufacturer, the region abuts the gorgeous LA beach and includes some of the largest homes in the area. A stone’s throw from the Brentwood Country Club, Riviera Country Club, and the shops and restaurants at the Brentwood Country Mart, this gorgeous home is just two miles from the coast, and a short distance to Hollywood and downtown LA.