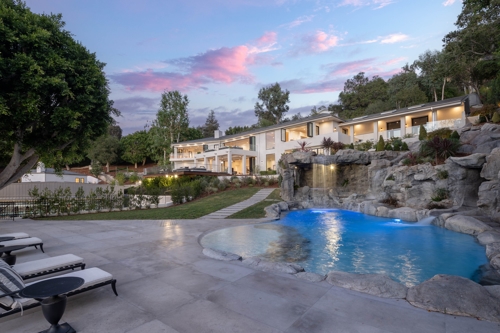 A stunning Beverly Hills compound is up for sale, and its former owner, Mark Wahlberg, definitely put his brand of “Funk” into this pad.

This special home sits on almost 2 acres of property and features over 13,000 sq. ft. of living space. With five bedrooms and six bathrooms, the abode incorporates its incredible location, with walls of glass which allow natural light to enter and offer gorgeous views of the California hills. And if sitting inside won’t cut it for you, the home has over 1,000 sq. ft. of decks where you can bask in the city views and breathtaking sunsets. 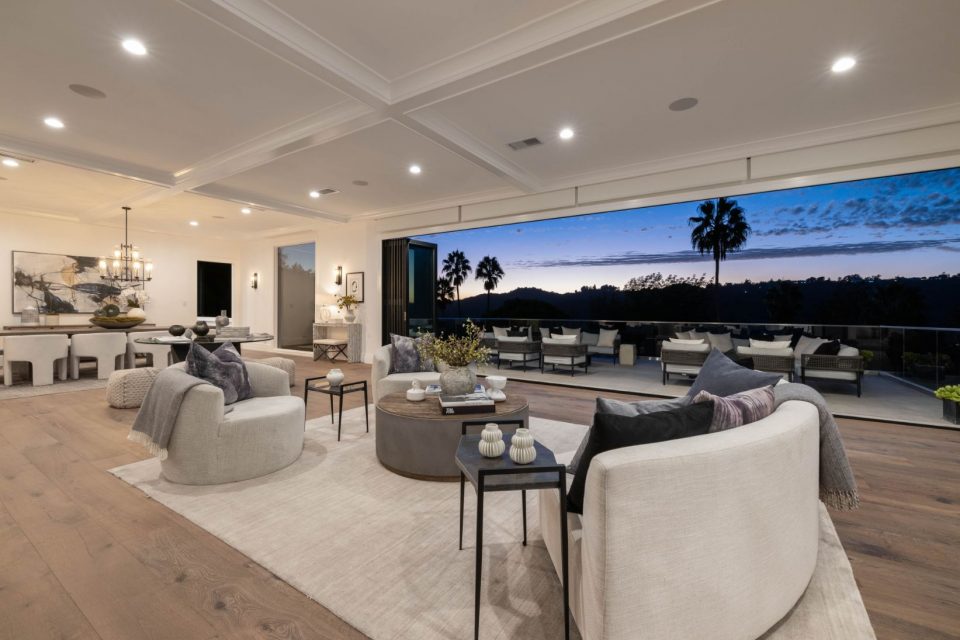 The full chef’s kitchen is equipped with Wolf and SubZero appliances, new countertops, climate-controlled wine storage, and bi-fold windows that allow you to transition outside without missing a beat. 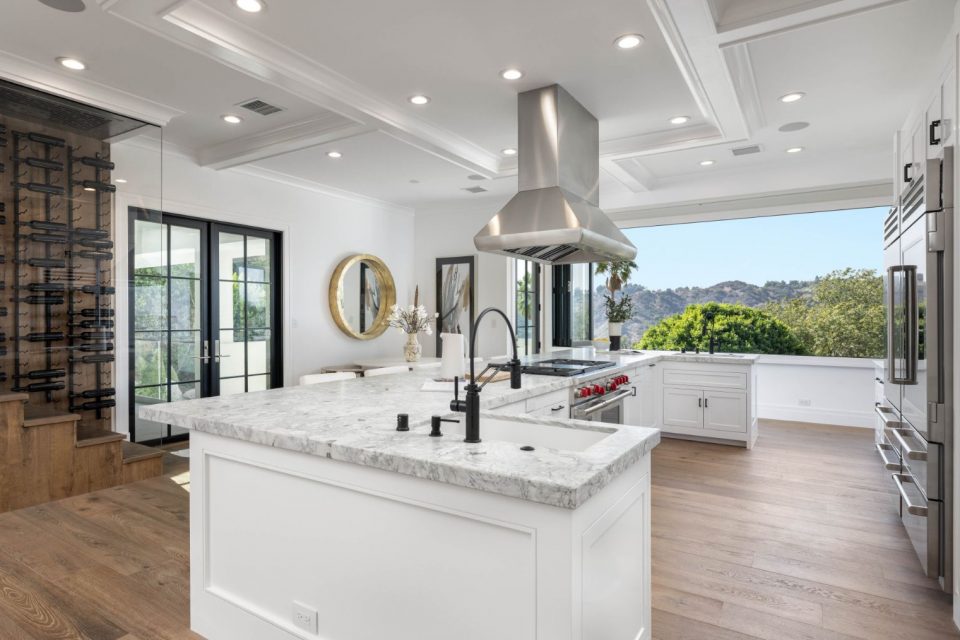 In the primary suite, the master bed faces a wall of glass showcasing canyon views, and also comes with a built-in, wood-burning fireplace, his-and-hers bathrooms with beautiful marble slab counters, aromatic oil-and-steam showers, and even a hair salon. 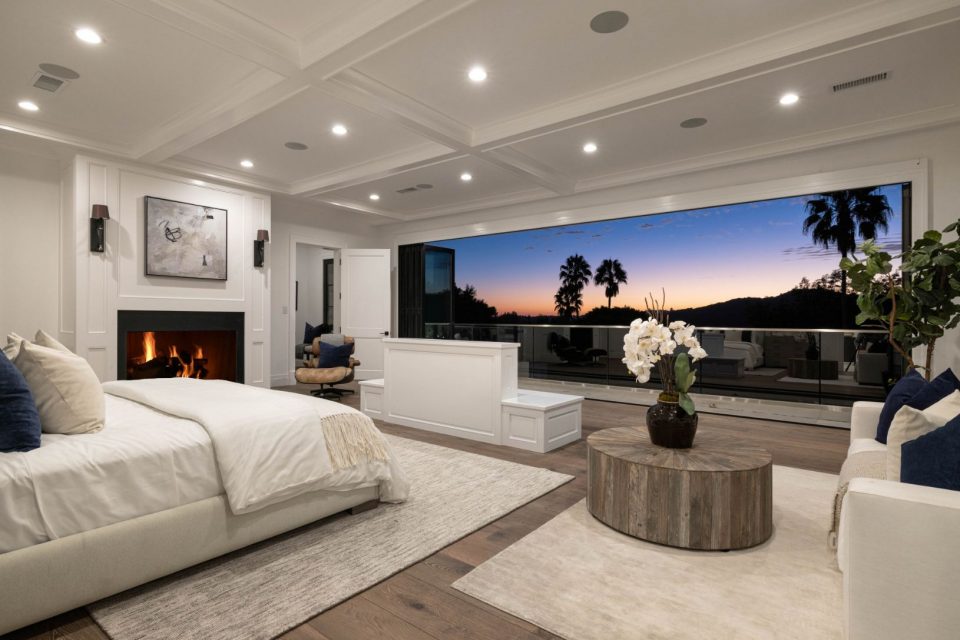 The home has a huge private theatre with a 136” screen, its own wet bar, and wood-burning fireplace. 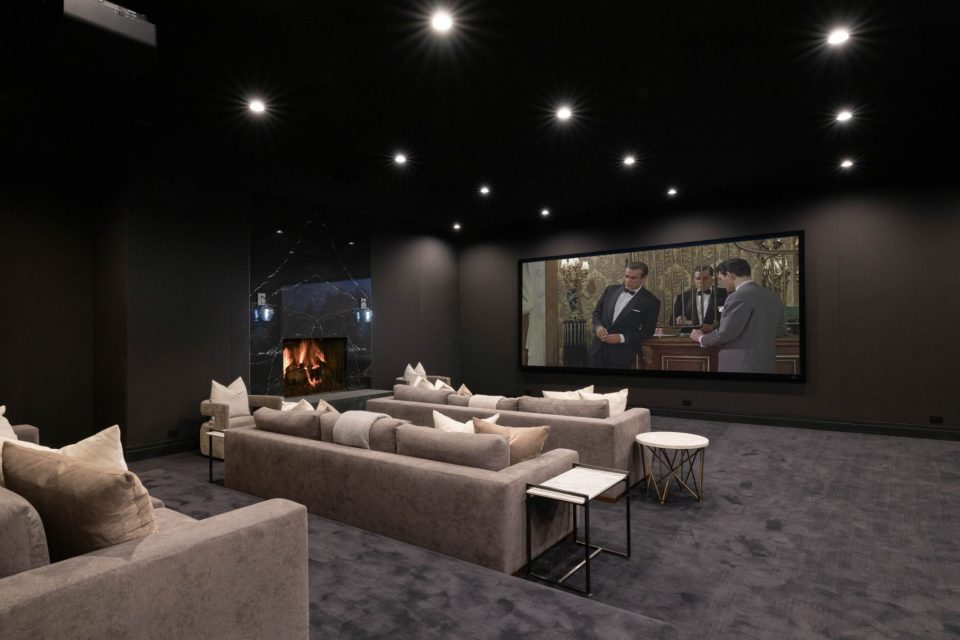 Known for his attention to his meticulous workout routine, Wahlberg also installed a full home-gym into the residence. But this isn’t any ordinary home-gym; this 3,000 sq. ft. workout studio features two levels of equipment, and a full-size boxing ring. 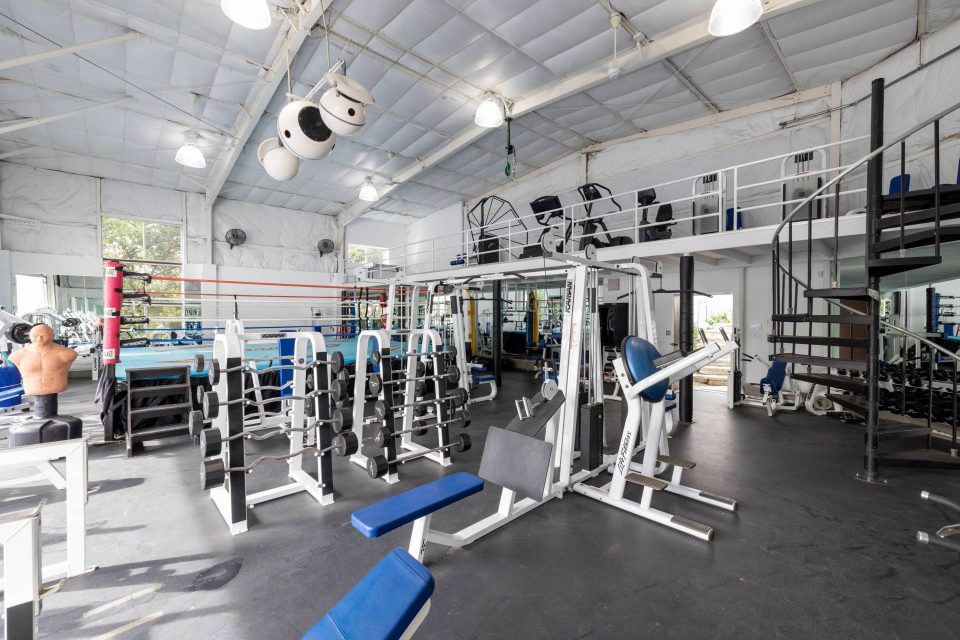 Outside, in addition to the beautifully manicured grounds, the compound also includes a two-story guesthouse with two bedrooms, and a full kitchen. And as you explore the rest of the property, you’ll be greeted by a litany of citrus trees, a resort-sized pool and spa, with a grotto underneath a waterfall, a putting green, and a basketball court. Wahlberg’s former crib also has multiple entertainment areas including fire-pits, and a full outdoor kitchen with wood-burning pizza oven. 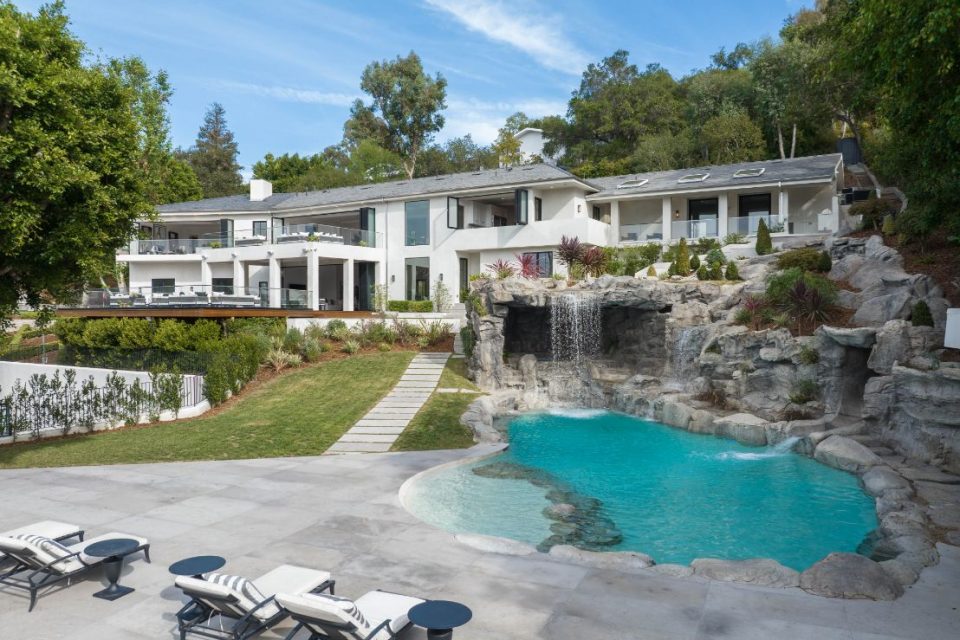 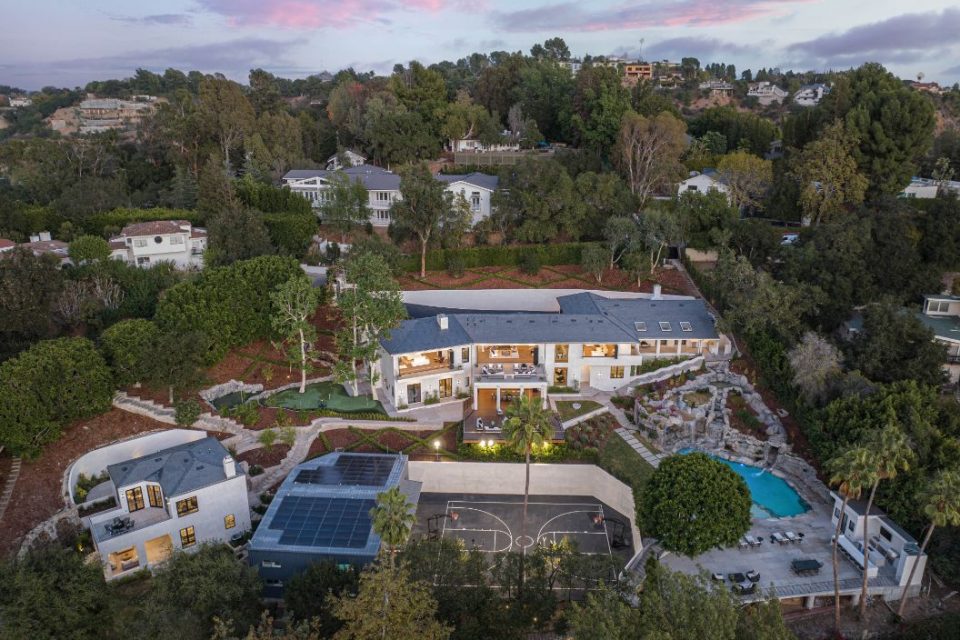 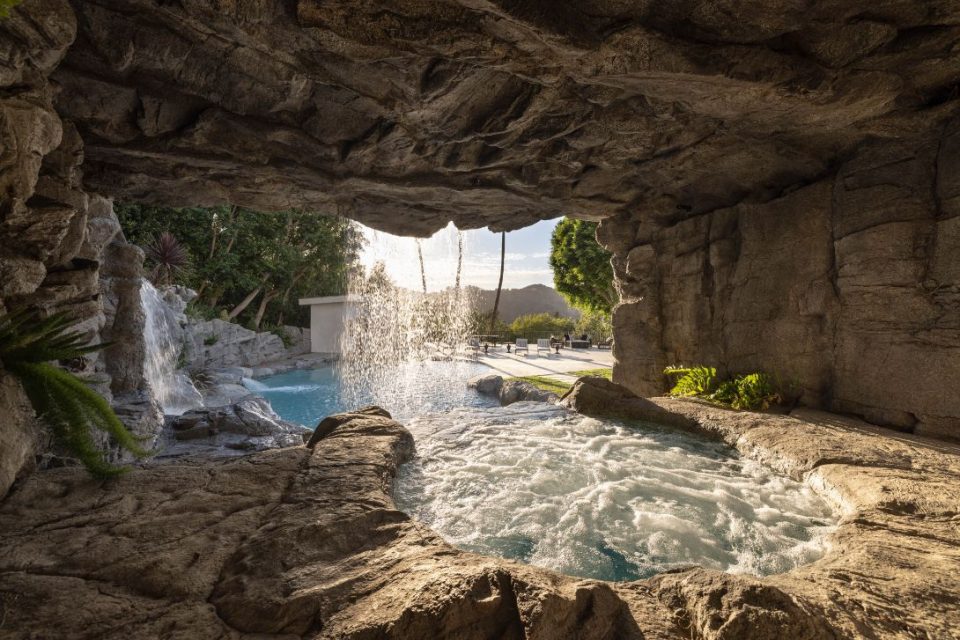 And for those needing heightened security (which was definitely warranted with Wahlberg’s status), the property is completely gated, and offers full smart-home technology by the automation company, Savant.

As an eclectic entertainer of all sorts, Walhberg has had a long and distinguished career since his beginnings with the rap group “Marky Mark and the Funky Bunch” (and their hit song “Good Vibrations”) back in 1991. He has since starred in such blockbuster films including The Perfect Storm, Boogie Nights, Planet of the Apes, as well as Transformers – a franchise which earned him the title of America’s highest paid actor in 2017. Further, as an executive producer, he is responsible for multiple HBO series, including Boardwalk Empire and Entourage (the latter being loosely based on his own life). Co-owing a fast-food restaurant franchise with his brother and starring in multiple reality TV shows, Mark is definitely a workaholic, with his achievements recognized with his own star on the Hollywood Walk of Fame in 2010.

The Beverly Hills area of Southern California is home to Hollywood royalty, with neighbors including Jennifer Aniston, Jack Nicholson, Ashton Kutcher, and Katy Perry, to name just a select few. In addition to the world-famous shops on Rodeo Drive, other nearby entertainment hot-spots include the Getty Museum, Franklin Canyon Park, and the Los Angeles Country Club.

This impressive pad is now being offered at $28.5 million.