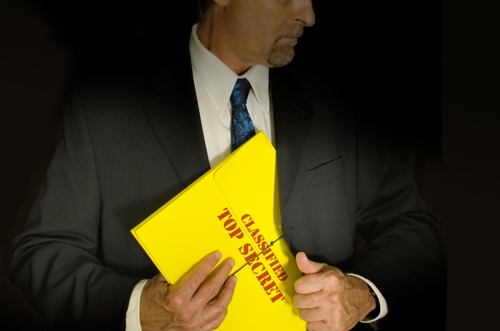 THE DOJ HAD TWO CHOICES

On September 1, 2022, Professor Randolph McLaughlin, co-chair of Newman Ferrara’s Civil Rights Practice Group, was interviewed on Newsy’s “Morning Rush” segment about Donald Trump’s formal request (made to a federal judge) for a third party to review the boxes of documents and other items that were retrieved from his South Florida residence by the FBI.

Asked to react to the former President's written submission (filed in support of that application), McLaughlin pointedly noted, “it’s an admission of guilt.”

When questioned as to the basis, or "standing," Trump’s team had to argue that the underlying search of the home was illegal, McLaughlin observed that it had none, given that these were government records, rather than personal property. “The DOJ had two choices: do we allow this ex-President to retain our most secret documents which could have nuclear codes, human intelligence, sources and information, or do we go and get them because he may have committed a crime?”  The professor continued, “A federal magistrate judge came to the conclusion that it was likely evidence of a crime would be found in Mar-A-Lago, that’s why the search warrant was issued,” and the fact that documents that were found that were held illegally, "is a crime. Period.”

You can also watch the full interview, here: https://we.tl/t-RxvSHvT735?src=dnl