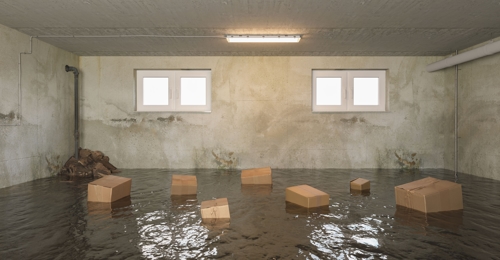 Back in 2021, when Tropical Ida made landfall, it unearthed a massive problem that was literally hiding beneath the City’s surface – and that is, the many illegal, below-grade apartments you’ll find in our metropolitan area.

In addition to causing significant property damage throughout the northeast, Ida’s flooding caused at least 11 NYC residents to drown in their basement homes.

In response to that tragedy, local officials vowed to make basement or cellar units safer but, unfortunately, those efforts weren't successful. However, in August, Comptroller Brad Lander urged the state legislature to adopt a “Basement Resident Protection Law” (BRPL), which would establish a board that would assess the fire and flood risks of existing underground units. The BRPL would also follow the framework set by the Loft Law, which addressed the problem posed by illegal loft apartments towards the end of last century, and temporarily legalized some former commercial and manufacturing spaces in the 1980s so that they could be converted to rent-stabilized housing.

The BRPL would provide temporary legal status to existing illegal basement apartments with a view of bringing them up to code within five years of the law’s implementation. The BRPL would require owners to immediately install fire and carbon monoxide detectors and a backwater protection valve to help prevent sewer water from entering the units, as well as ensuring there is reliable heat and hot water service.

The BRPL would also provide vouchers which could be used to immediately relocate residents of units the board deems unsafe and would provide property owners with financial assistance to legalize the apartments. According to a recently released report, prepared by City Hall in connection with an Ida-related federal aid request package, the cost of bringing the City’s approximately 50,000 illegal basement units up to code would be approximately $13.7 billion. (The report notes that the legalization process is too difficult and/or expensive for many homeowners who could benefit from legally renting out this additional space.)

Landlord advocates have expressed skepticism about the proposed law, claiming that it would foster more bureaucracy. Rather, they point to other proposed legislation which would have legalized “accessory dwelling units,” (such as basement apartments), in areas where they would otherwise not have been permitted by local zoning laws, as an example of what would more evenly addresses property owners’ and residents’ concerns. While a push for that so-called “ADU” legislation was made in 2021, the measure failed, partly because of an impasse regarding whether those units would benefit from “good cause eviction” protections (which would, among other things, guarantee renewal leases and limit the amounts of rent increases). It should be noted that BRPL, in its current form, also includes good cause eviction protections for basement apartments and it is unclear if that aspect will again pose an insurmountable roadblock.

While it’s still early to gauge BRPL’s prospects, given that an estimated 300,000 to 500,000 families are currently living in basement and cellars across the City, something must be done to prevent more death and destruction.