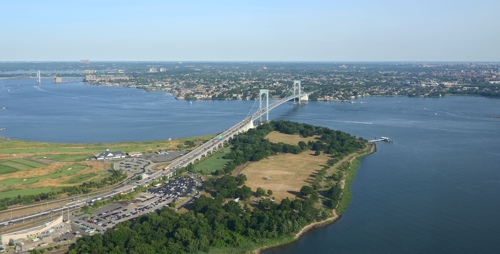 At a rally held on September 7, 2022, Mayor Eric Adams pledged his support of a plan to re-zone the Throggs Neck area of the Bronx to permit the redevelopment of two vacant lots and a Super Foodtown supermarket so that affordable housing could be constructed. (Mayor Adams joins Bronx Borough President Vanessa Gibson in backing the proposal.)

Back in 2004, then Mayor Mike Bloomberg down-zoned that area of the Bronx, to ensure that the neighborhood retained a quasi-suburban layout with, among other things, large lawns and buildings no higher than eight stories. Current residents treasure that “slice of suburbia,” and have fiercely opposed any changes.

Despite the resistance, Mayor Adams cited to the New York Housing Conference’s finding that Throggs Neck has only added 58 affordable apartments since 2014. The Mayor lamented, “while we have a housing crisis, we have drawn a line around certain communities and say, you cannot build here.” Per the developers’ plans, the proposed construction project is slated to consist of two eight-story buildings, together with a five-story and a three-story building. Under such a plan, 99 units would be reserved for seniors, 22 would be allotted to veterans, another 69 would be subsidized, with the remainder being free market.

Notwithstanding the Mayor and Borough President’s blessings, the proposal initially faced some stiff opposition from a major player whose lack of support was likely to kibosh the project’s fate: New York City Council member Marjorie Velázquez, whose District includes Throggs Neck. Her support was crucial as the City Council nearly always votes with the local member on land use matters. Apparently, the Councilmember based her objections on “an outdated and insufficient sewer system,” and “a lack of resiliency planning,” and laid out four areas of concern that would need to be addressed before she will support the project: community engagement, a commitment to hire local labor, “real affordability,” and assurances that the projects will not further strain local infrastructure.

The developers pointed to a formal agreement with local labor union 32BJ SEIU, and a memorandum of understanding with Local 79 Laborers, in furtherance of their commitment to use local workers. (They further noted that they are in talks with the carpenters’ union but that no agreement has yet been reached.) And they maintain that an environmental impact study has already found that the proposed development would not stress the Throggs Neck infrastructure.

On Thursday, October 6, 2022, David Briand (of City Limits) reported that, after extensive negotiations, Velázquez succumbed to mounting political pressure and signed-off on the development package, which will soon go before the full City Council.

"[This] is a victory for the Throggs Neck community, the Bronx, and the entire city,” Adams said. “The housing crisis impacts all of us, and every community has a responsibility to be part of the solution and help us provide safe, quality homes to all New Yorkers.”