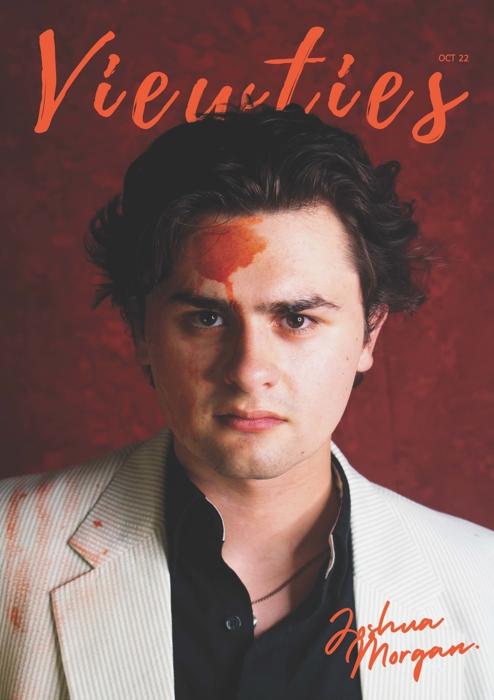 VIEWTIES -- a digital publication founded by the multi-talented Vanesa Miraglia -- celebrates the arts and offers exclusive profiles of creatives from around the world. About a week ago, the e-magazine featured an interview with 20-year-old (Tampa, Florida-based) writer and director, JOSHUA MORGAN.

At the tender age of eight, Joshua decided to give acting a shot at a local theater. Fast forward 12 years, and he has been totally immersed in the arts; actively working on professional films, both behind and in front of the camera. And to that end, he not only has a short in post-production (“Tapioca”), but a feature-length film, CHILDREN OF THE PINES, is currently competing in the festival circuit, globally.

Curious as to how he found inspiration for his first feature, Vanesa posed this question: “Let's talk about your directorial debut in Children of the Pines. How did this story come to you, and why did you feel the need to tell it?”

“JOSHUA: The absolute first thing that came to me was a haunting image of a young child murdering their parents in a large house with massive windows, somewhere in the middle of the woods, late at night. Where this came from is beyond me, but something about that visual felt like it could be attached to an equally disturbing narrative while presenting a more profound subtext for relinquishing some aspect in your life you might feel holds you back …. While there is absolutely no resemblance to any of the characters to any of the people in my life, I viewed the narrative as an almost nightmare scenario if I were not able to find my own footing following what could have been an untimely end to a beautiful thing.”

Prepared to be terrified by this newly crowned, “Prince of the Macabre.”