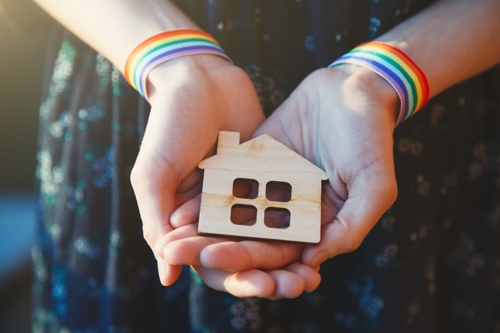 No Denial of Housing, Despite Community's "Low Profile"

Rachel Smith -- a transgender woman -- and her wife, Tonya Smith, are the parents of two children. In April 2015, during their search for a new home, the Smiths came across a property listing and sent an email which disclosed their interest and mentioned that Rachel is a transgender woman. After viewing the property with the owner, the latter responded that the Smiths wouldn’t be accepted because of their family’s “uniqueness,” and that their presence would jeopardize the town-home community’s “low profile.”

In response, the Smiths filed claims against the landlord in the United States District Court of Colorado alleging wrongful discrimination predicated upon sexual identity, familial status, and sexual orientation.

After a motion for summary judgment, the court found the owner liable for discrimination in violation of the Colorado Anti-Discrimination Act and the Federal Fair Housing Act (FHA). Significantly, the court concluded that FHA barred disparate treatment based on gender identity.

The decision by USDJ Raymond P. Moore noted, in part, as follows: "In this case, the Smiths contend that discrimination against women (like them) for failure to conform to stereotype norms concerning to or with whom a woman should be attracted, should marry, and/or should have children is discrimination on the basis of sex under the FHA. The Court agrees. Such stereotypical norms are no different from other stereotypes associated with women, such as the way she should dress or act (e.g., that a woman should not be overly aggressive, or should not act macho), and are products of sex stereotyping. See Price Waterhouse, 490 U.S. at 250, 109 S.Ct. 1775 ("an employer who acts on the basis of a belief that a woman cannot be aggressive, or that she must not be, has acted on the basis of gender"); id. at 251, 109 S.Ct. 1775 ("we are beyond the day when an employer could evaluate employees by assuming or insisting that they matched the stereotype associated with their group")."

While the court referenced prior cases of employment disparities in its 2017 decision, this is among the first to expressly reference housing discrimination based on an individual's transgender status. The Smiths and Judge Moore were certainly trailblazers, paving the way for legal precedent supporting the LGBTQ+ community for years to follow.

The full text of the decision can be found here: Smith v Avanti.