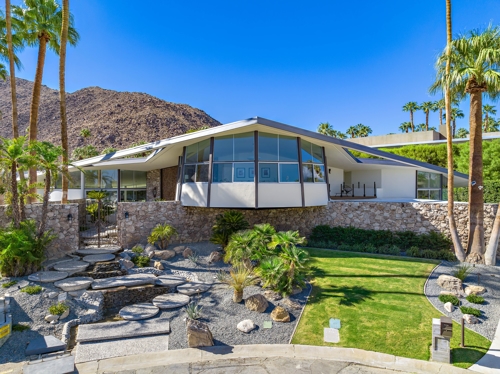 A stunning Palm Springs, CA residence just hit the market, and its former owner was none other than the certified “King of Rock & Roll,” Elvis Presley.

Dubbed in 1962 by Look magazine as the “House of Tomorrow,” the home’s futuristic design is what drew the King (and his newly wed bride, Priscilla Wagner) to the home in 1976, becoming their honeymoon getaway.

Surrounded by a neighborhood of mid-century homes, the nearly 4,700 square foot house sports some unique architecture, thanks to its designer, William Krisel. Built on a grade, the home – which sits atop a large, elegant rock wall – is triangular in shape, with the main living area cantilevered at the base; offering exceptional privacy. And with floor-to-ceiling windows in the living room, the designed seclusion is a much needed, and welcomed, feature.

The Alexander Construction Company took several years to finish the home, completing it in the early 1960s. And given the four circular living areas paved with curved walls of stonework, (on three different levels,) it’s no wonder the project took some time to complete. 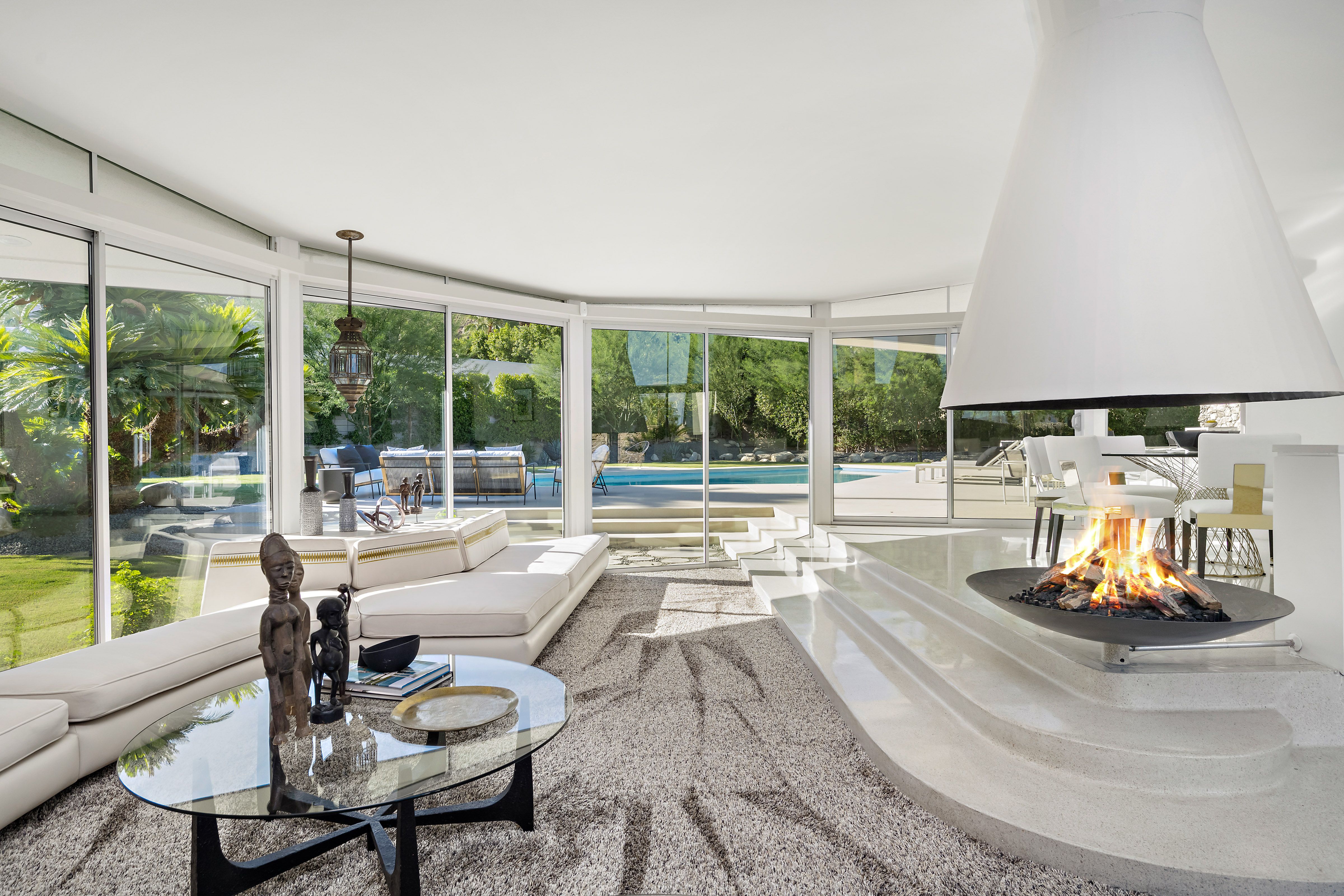 Still sporting its original “space age vibe” the rounded interior of the home has four bedrooms and five baths, along with a spacious, open concept living area. The main focal point (and mid-century modern statement piece) is the center-of-the-room fireplace with a suspended chimney, with a large sunken entertainment area serving as a conversation pit. 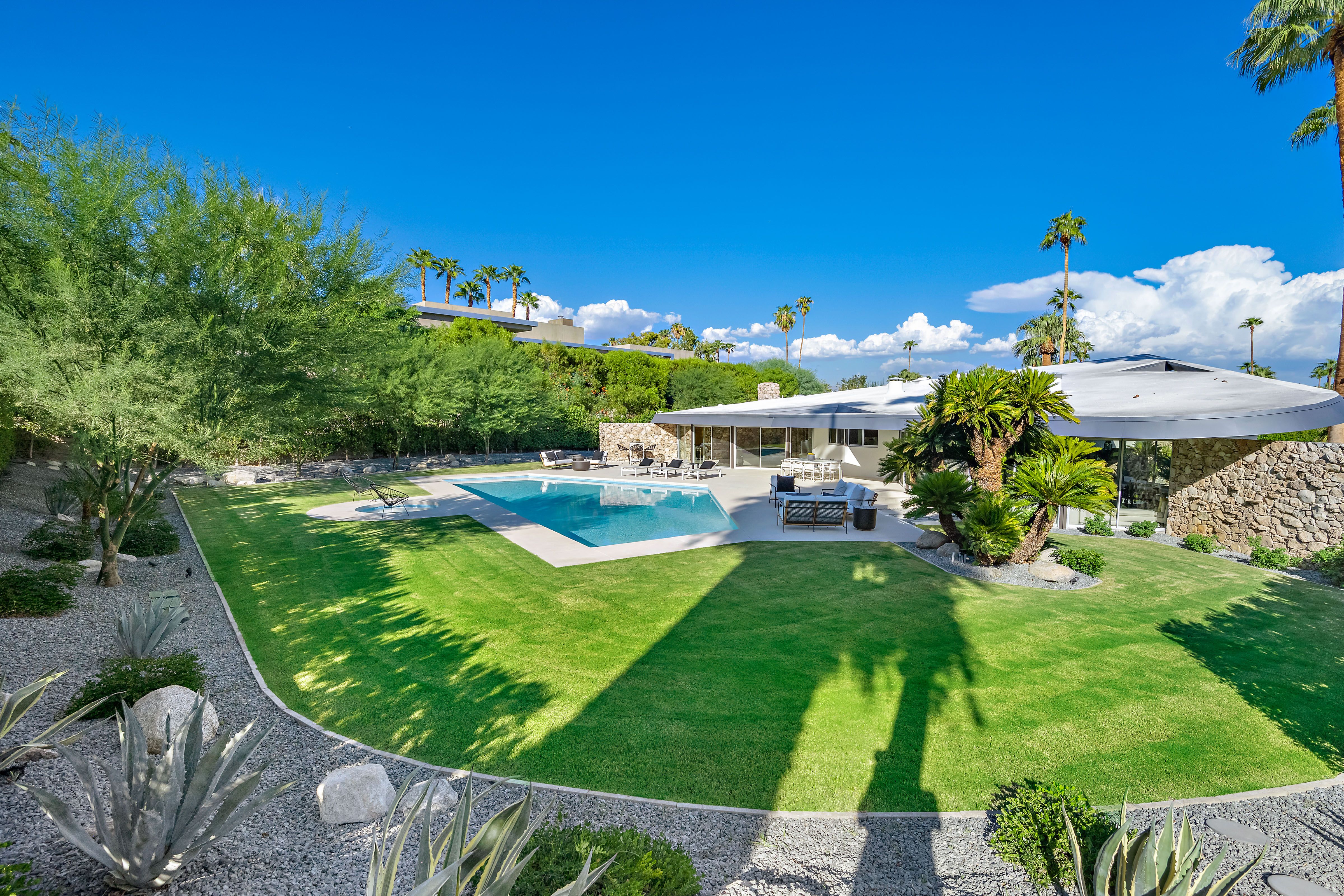 The rounded design also allows for panoramic views of the mountains and when stepping outside into the private garden you’ll find a litany of palm trees and accent walls cladded with rock, all surrounding the large swimming pool. The lawn is well manicured and the perfect place for hosting parties (or for nestling after a Vegas wedding). 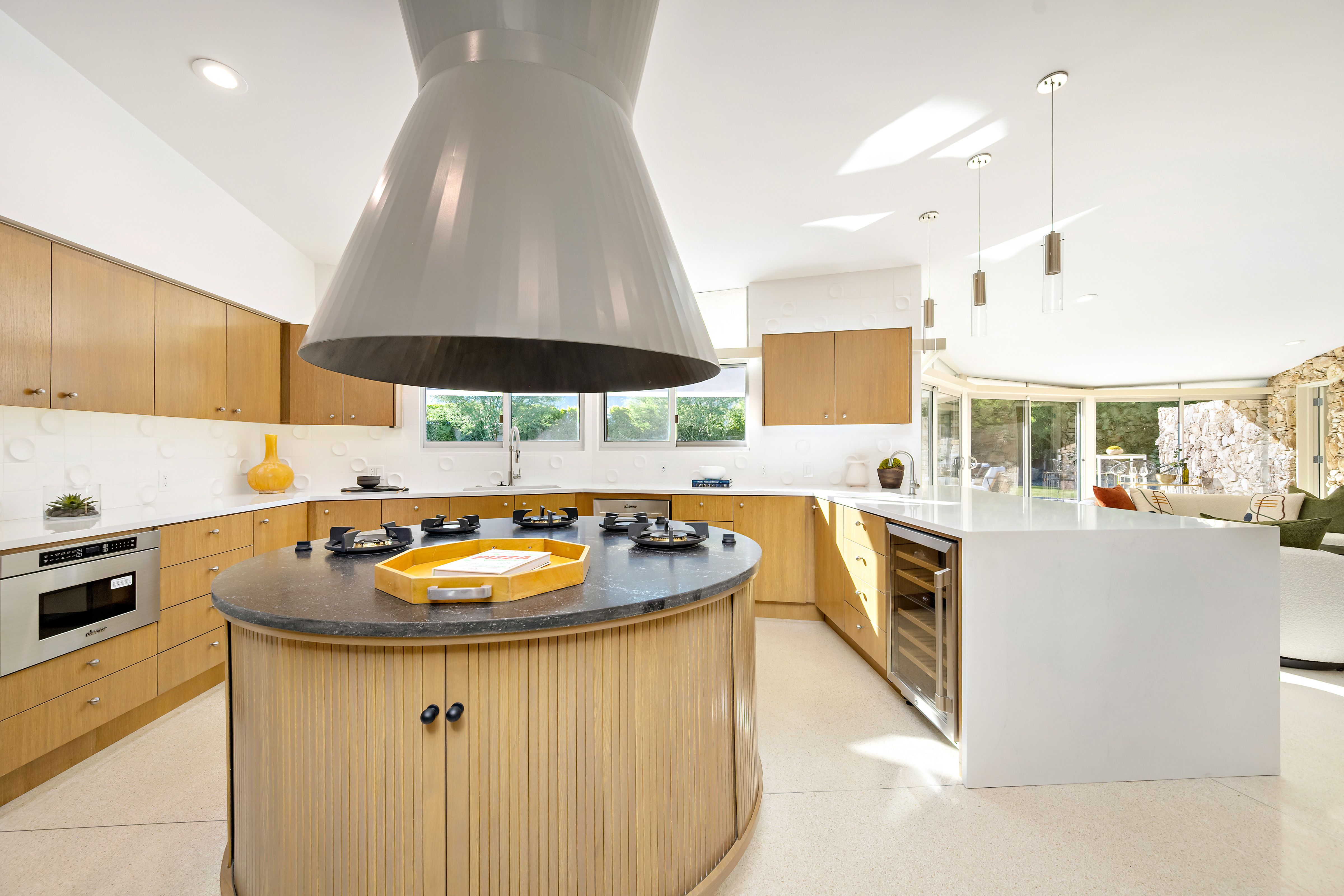 Elvis’s manager (who lived close by in Palm Springs) originally recommended the home and the futuristic features it sported, including an indoor kitchen grill, a central vacuuming system, and wall-mounted radios. Its likeness to a flying saucer sealed the deal for the King. The lovebirds spent four days at the abode honeymooning (before Elvis had to leave for some filming), but, interestingly, their daughter, Lisa Marie Presley, was born exactly nine months later. (The House of Tomorrow served as Elvis’ residence for about a year.) 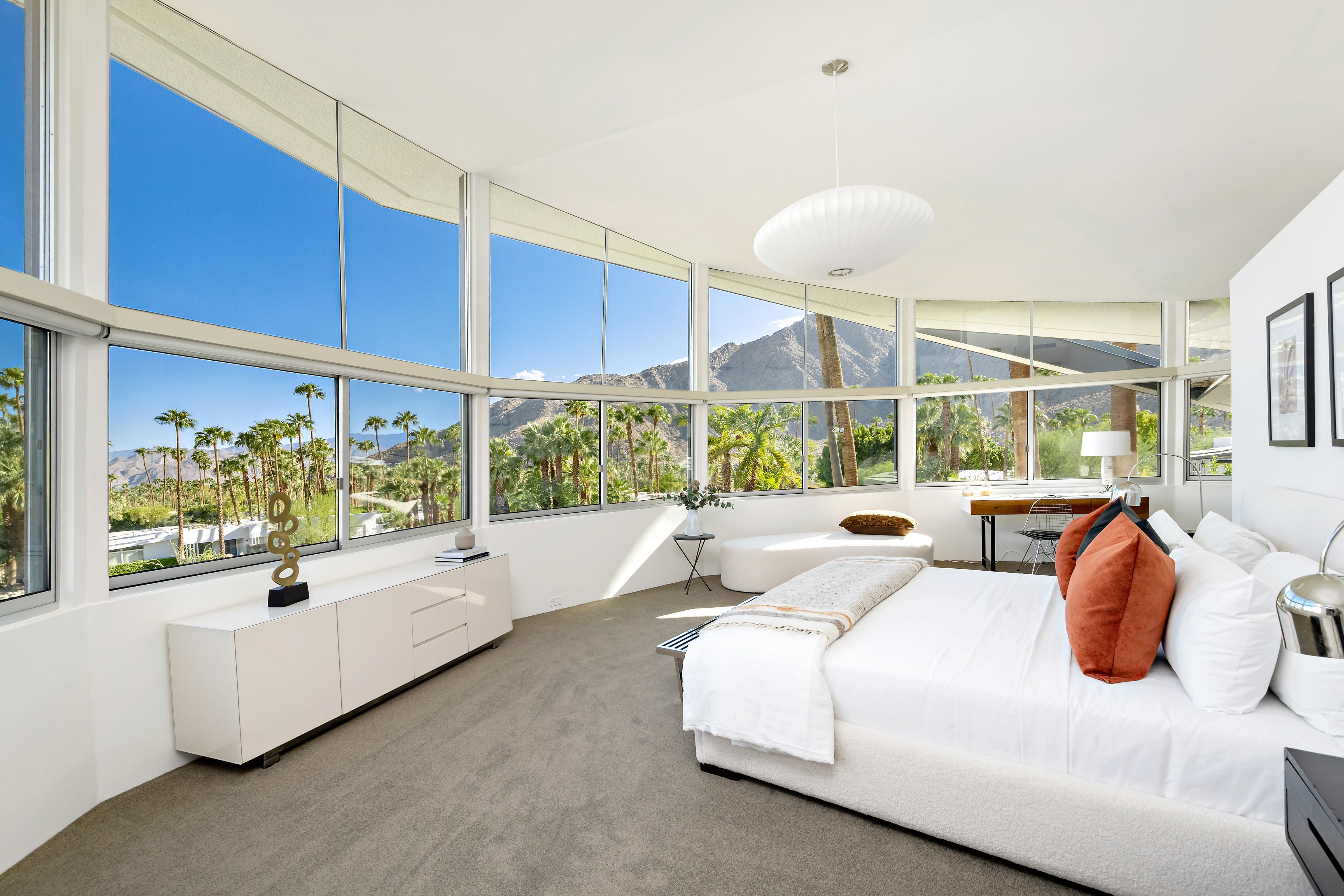 Originally made famous by a few Hollywood notables in the 1920s, the Palm Springs neighborhood of Vistas Las Palmas has been a celebrity destination for many decades, largely due to the incessant sunshine, temperate climate, and stellar golf community. Peter Lawford (and the Rat Pack crew), Jackie Cooper, and George Hamilton are just a few of the A-listers that called the town home. President John Kennedy, as Lawford’s brother-in-law, was also a frequent visitor (particularly when Marilyn Monroe happened to be in the area).

The home recently underwent a two-year renovation and is currently listed at $5.65 million by Marc Sanders at Compass.

Pictures of the King’s honeymoon home can be found here: https://www.dropbox.com/scl/fo/we2lkslkirjko5ptqd3hl/h?dl=0&rlkey=jzz0yeijnvjdt8fgkm1tzmjba