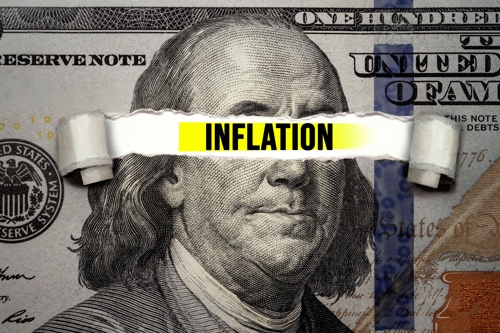 Despite steadily rising rents, many landlords across the country are complaining about the effects of inflation on their businesses.

Data shows that, despite a 6.7% rent increase in rents between August 2020 and August 2021, those raises have not been uniform, and small-scale landlords are struggling to stay afloat. One landlord, whose company manages some 6,000 apartments in the Houston, Texas area, recently complained to the New York Times that while his firm has increased rents by 12 to 14%, expenses have risen by 30%.  But when his company tried to increase rents to cover rising costs, turnover doubled as tenants fled to other buildings.

Indeed, surveys reflect that non-corporate landlords have been asking for lower-than-market increases and that, adjusted for inflation, rents for those landlords have yet to revert to pre-pandemic levels. In fact, nearly half of landlords who own only one unit weren’t planning to raise rents, at all. Smaller landlords are also feeling the effects of playing “catch-up” after putting off routine maintenance and other projects during the pandemic -- either to cut costs when rent revenue faltered or because of tenants' health related concerns (about having contractors entering their homes) during the pandemic’s height. (Landlords are also bracing for winter while heating oil prices continue to rise.)

Additionally, landlords with a higher number of lower-income tenants are reportedly suffering more than those with more affluent tenants given the pandemic job losses and the unreliable and time-consuming process of trying to recoup losses through the federal Emergency Rental Assistance Program. Those landlords also point to the raft of tenant protections passed in places like New York for their inability to realize profits -- with one landlord complaining that he would advise anyone looking to invest in residential real estate to look anywhere but New York.

Larger landlords, on the other hand, appear to be faring much better. Corporate owners, particularly those with holdings concentrated in Sun Belt cities, have been able to take advantage of increased demand driven by affluent professionals migrating from the big coastal cities (given the proliferation of remote work). Further, with higher-income tenants, landlords also have more leeway to mitigate rising costs, with one publicly traded company reporting a 17.1% increase in the first half of this year, alone. Indeed, that entity’s COO recently bragged during an investor call that his firm is not concerned about turnover, which is low, and is focused on growing rents further.

While it is not yet clear what the big picture, or long-term implications, will be, it appears that all landlords are in agreement that rents are unlikely to keep pace with inflation, indefinitely. Indeed, data already shows that, while the consumer price index is likely to show gains through early 2023, rent increases on new leases have already slowed, considerably. Thus, absent a marked inflation slowdown, landlords (particularly the smaller ones) may continue to experience considerable hardship.