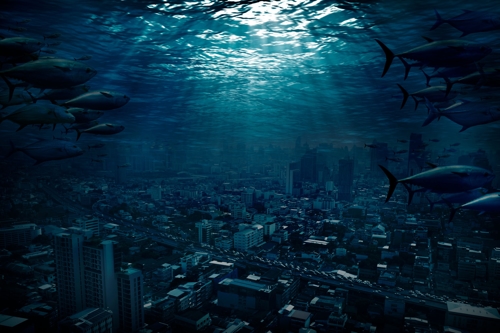 $108B of Real Estate May Go Underwater

An analysis by Climate Central, a non-profit organization, predicts major damage to U.S. coastal properties as sea levels rise due to global warming. Properties valued at over $108 billion could be impacted by the year 2100.

By 2050, the Atlantic Ocean may swallow-up an estimated 3.8 million acres from Louisiana, North Carolina, Texas, and Florida -- states which constitute a significant chunk (some 87%) of the land projected to fall below tide levels.

The non-profit estimates Florida’s land loss will be at about $7 billion, while North Carolina’s is projected to lose some $4.5 billion. In addition, 30 different U.S. counties will lose more than 10% of their land mass by mid-century.

Sadly, the group also concludes that these figures are an underestimate of the total value of real estate subject to flooding risk because pertinent data could not be collected from all the areas in jeopardy.