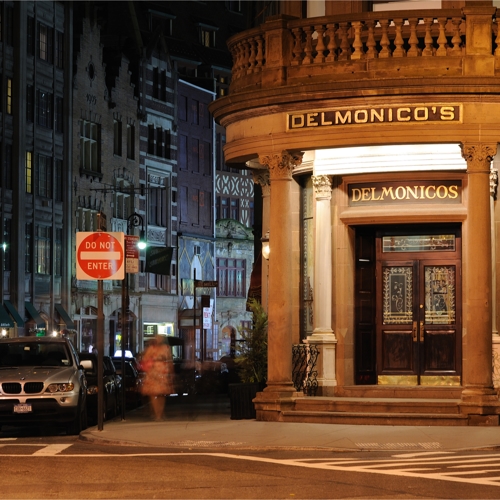 Delmonico’s recently filed a lawsuit against its Manhattan landlord -- who threatened to evict the restaurant from its historic Financial District location. Apparently, the owner claims that Delmonico’s owes large sums in unpaid rent, but the restaurant maintains that it’s entitled to withhold payment because the building has fallen into disrepair.

This landmark New York City restaurant, which has been closed since 2020, supposedly owes over $300,000 in unpaid rent and fees. Earlier this year, the landlord served a rent demand (seeking the arrears), and a notice to terminate (demanding, among other things, that the restaurant surrender the premises or risk litigation). Delmonico’s challenged those notices and filed suit with the New York State Supreme Court, seeking to prevent the forfeiture of its lease.

According to the restaurant’s complaint, the landlord has no bonafide basis for an eviction. It claims that it “did not miss a single rent payment even when the COVID-19 pandemic struck and shuttered operations.” But just as the restaurant was planning to reopen in summer 2021, Hurricane Ida struck New York City, causing flood damage which the landlord has yet to fully repair. Because those issues were not resolved, the restaurant began to withhold rent under the lease’s casualty clause. “[W]e triggered certain lease rights regarding our rent obligations and are now involved in the present litigation,” said Natalia Grgurev, co-owner Ferdo Grgurev’s daughter, and a member of Delmonico’s management team.

A judge issued a temporary restraining order forbidding the landlord from taking any immediate steps to evict Delmonico’s, and granted the restaurant’s request for leave to file an amended complaint (which currently alleges, among other things, that landlord violated the Tenant Anti-Harassment Law). The court also noted that the landlord had commenced a nonpayment proceeding against its tenant in the New York Civil Court, and urged the parties “to work together to streamline the multiple court proceedings[.]”

Francis Greenburger, CEO and chairman of the building’s owner Time Equities, noted, “[w]e have been working closely with our engineer and the city to rectify the water damage downtown that was caused by Hurricane Ida, which has been communicated to the tenant. We are hopeful that we can come to a solution with Delmonico’s and repair the conflict.” For its part, the restaurant also prefers not to move. “We are committed to staying in our historic home at 56 Beaver Street, and are confident that we can come to a solution with Time Equities that addresses the issues and allows us to get back on track with our intended renovations,” said Ms. Grgurev.

Delmonico’s—widely recognized as the country’s first fine-dining restaurant—has served the “who’s who” of the world in its nearly 200-year existence. It is also credited with inventing Eggs Benedict, Baked Alaska, and is the first restaurant to introduce the Big Apple to Clam Chowder. “We are trying to be super positive about moving forward,” remarked Ms. Grgurev. “Just to be open again — that’s all we want.”

If your landlord is threatening to evict you without any lawful basis, or is otherwise engaging in harassment, please reach out to one of our attorneys, by calling 212.619.5400.