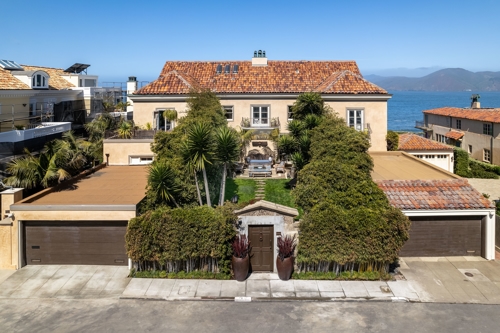 Actress Sharon Stone propelled to stardom thanks, in part, to her femme fatale role in Basic Instinct and trophy-wife portrayal in Casino, which won her a Golden Globe, a Primetime Emmy, and two MTV Movie Awards. At the height of her prominence in 1998, Stone and her then-husband, Phil Bronstein, purchased a home for $6,000,000 in Sea Cliff, San Francisco. This neighborhood is known for its large houses, ocean views, and notable residents including Twitter founder Jack Dorsey, Metallica lead guitarist Kirk Hammett, actor Eugene Levy, and billionaire activist George Soros. Following Stone and Bronstein’s divorce, they sold the home in 2005 for $13,000,000, and now the home is on market for some $39,000,000. 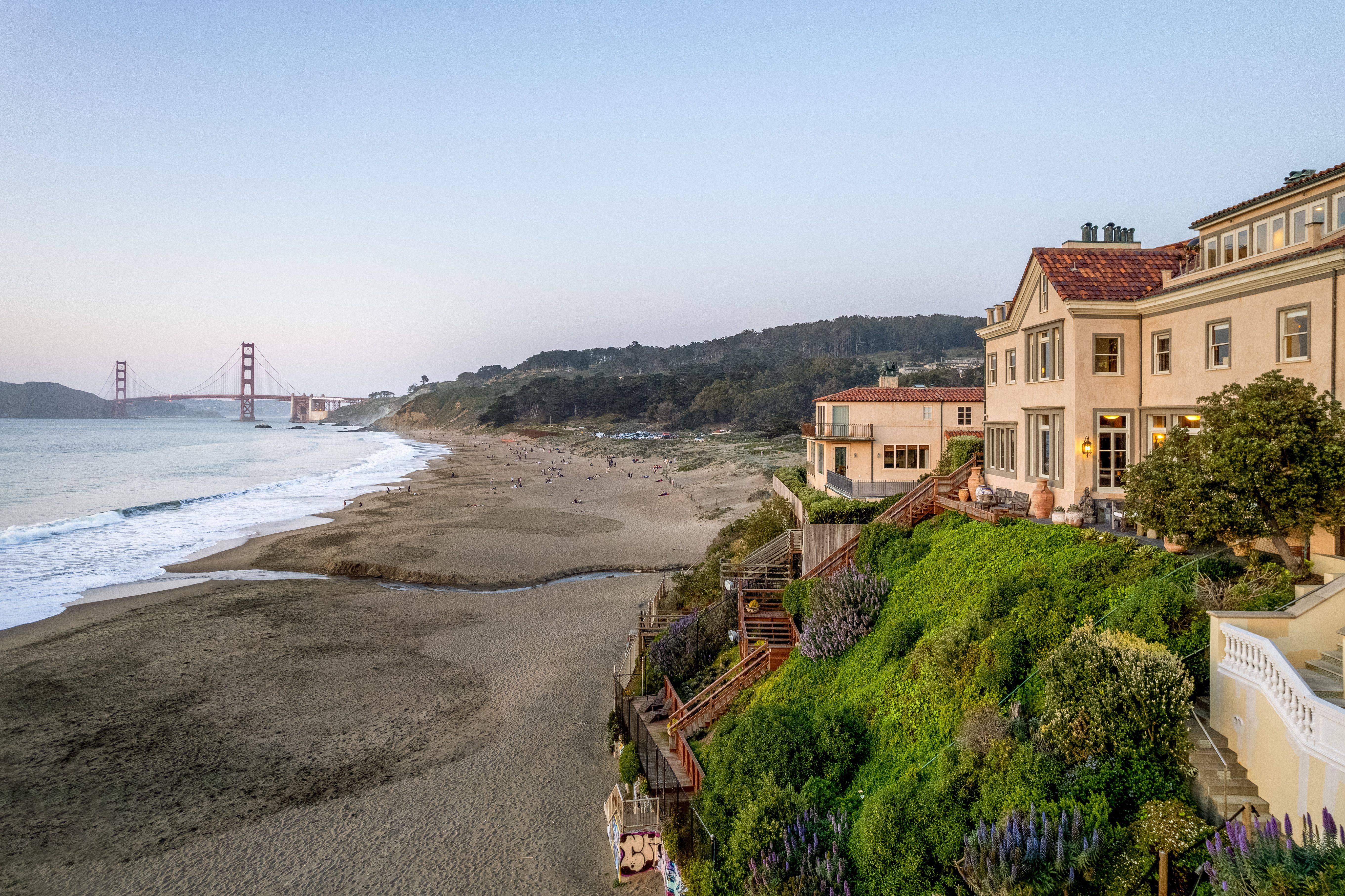 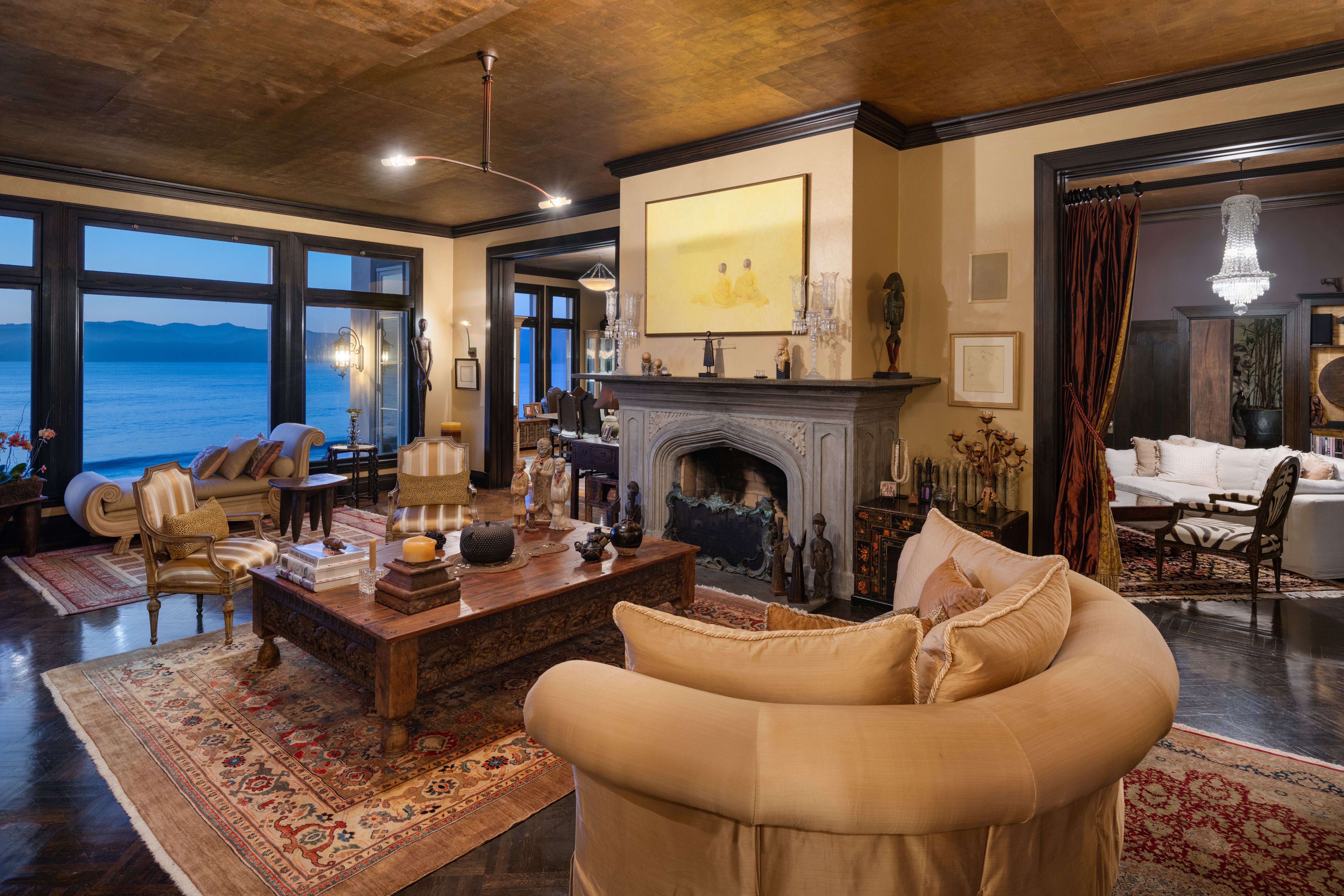 Built in 1908, this was the first residence built in Sea Cliff, as the original owners fled the San Francisco after the 1906 Earthquake. The 8,500 square foot mansion combines Old World charm and modern amenities with the presence of histrionic living and dining rooms, cozy spaces like the den and reading room, and a kitchen full of Viking and Wolf appliances. Tasteful design is exhibited in the tall ceilings, dark wood parquet floors, ultra-wide towering doors, custom-built fireplaces with huge surrounds, and picture windows providing views of the Golden Gate Bridge. The family dining area leads to the terrace and deck, which face the Pacific Ocean. Another deck provides private access to Baker Beach, which is full of art, history and scenery and is part of the Presidio National Park. 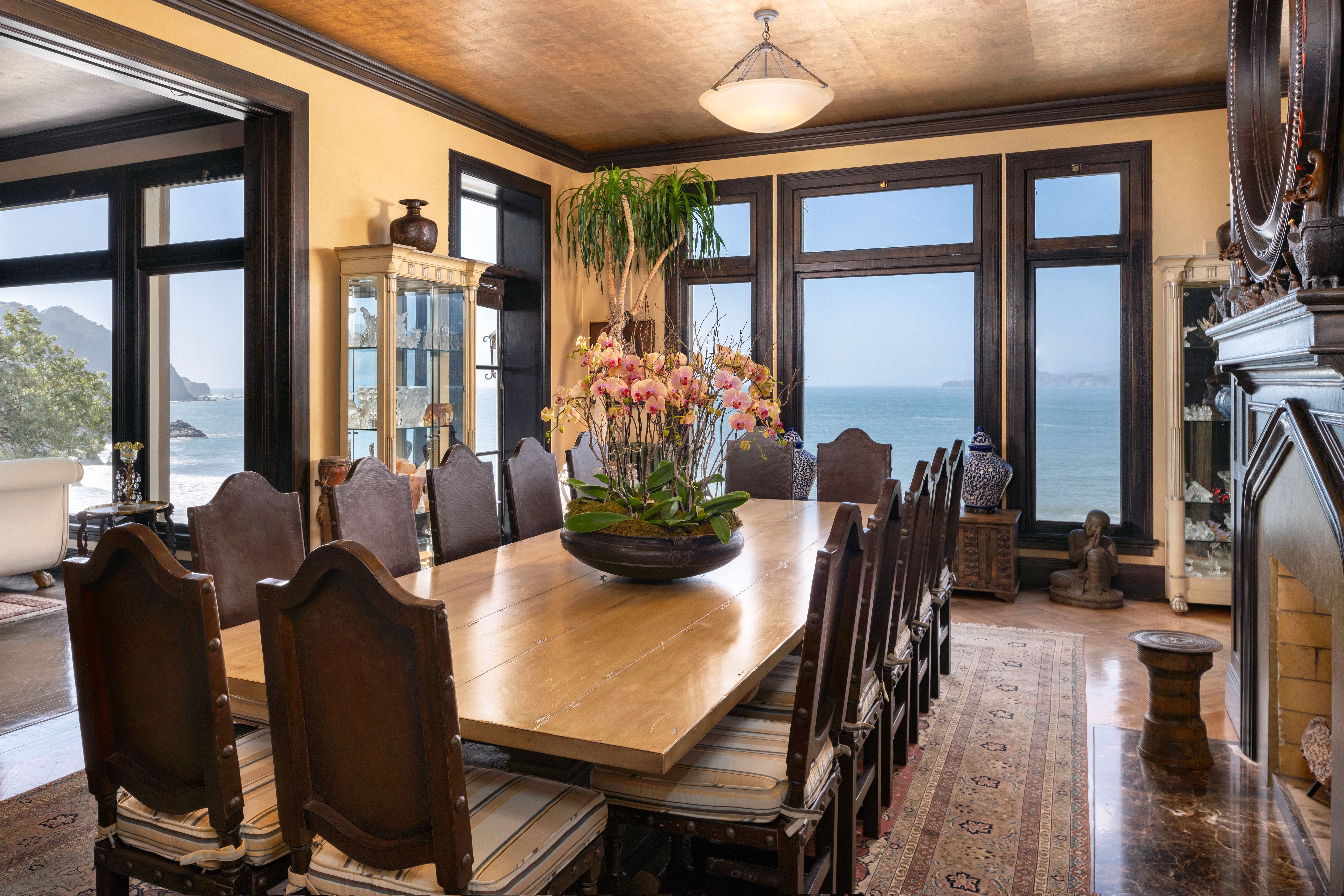 The home offers 7 bedrooms, 8 bathrooms, two additional bedrooms with Juliet balconies (one has a sun terrace looking onto the courtyard), a guest suite with two walk-out terraces, two dressing rooms, an accommodating walk-in closet, his-and-her-baths, an office, and an activity room. Amenities include secure electronic keyless access for the gates and entry doors, along with an integrated surround sound system for the first two floors and the garden.