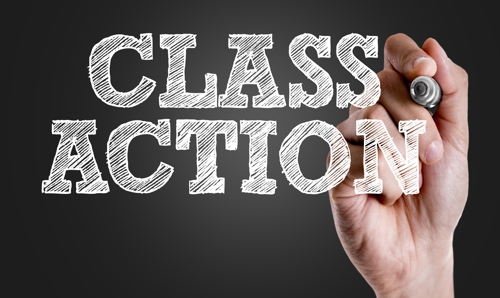 A Class May Be Coming For You

Administrative Code § 11-243, also called “J-51” after its predecessor provision, allows landlords who undertake major capital improvements – that is, substantial improvements and installations that enhance the overall structural condition of a building -- to receive tax abatements. In exchange for those breaks, all apartments must be treated as be rent-stabilized, regardless of their status before the benefits were received. If a landlord fails to comply, then tenants are permitted to bring a class-action lawsuit against the owner for rent overcharge, and other relief, as they did in Quinatoa v. Hewlett Associates, LP.

In that particular case, the New York County Supreme Court granted the plaintiff-tenant’s motion for class certification -- meaning that the court determined that a class action was the best way to manage the many claims. In a published decision and order, the Honorable Sabrina, Kraus reviewed the burden a plaintiff must satisfy in order for the court to find certification appropriate. Like their federal counterparts, New York State’s rules on class actions “favor the maintenance of class actions” and support “a liberal interpretation.” (Pruitt v. Rockefeller Ctr. Props., 167 AD2d 14, 20-21 [1st Dep’t 1991]; see City of New York v. Maul, 14 NY3d 499, 509 [2010] [courts should broadly construe criteria set forth in CPLR 901(a)]). As for those landlords who allegedly violate J-51, “CPLR 901 (b) permits… plaintiffs to utilize the class action mechanism to recover compensatory overcharges.” (Borden v. 400 E. 55th St. Assoc., L.P. 24 NY3d 382, 389-90 [2014]).

A class action will usually be deemed appropriate when: 1) the size of the class is so large that it is impracticable to include all the parties as named plaintiffs, 2) common questions of law or fact predominate over questions which only impact one or more class members, 3) the named plaintiffs assert claims which are typical of the class claims, 4) the representative plaintiffs are appropriate individuals who will fairly, adequately protect the class's interests, and 5) a class action is the best and most efficient way to proceed. (CPLR 901 [a]). The court will carefully weigh these five factors, (Rabouin v. Metropolitan Life Ins. Co., 25 AD3d 349, 350 [1st Dept 2006]), and the “determination of whether . . . a matter qualifies as a class action… rests within the sound discretion of the motion court." (Rabouin, 25 AD3d at 350). If any of the delineated elements are not challenged by the opposing party, then they do not need to be addressed by the court.

Interestingly, in this recently published case, the only objections raised by the landlord were to “adequacy” and “efficiency.”

As to the first aspect, "the factors to be considered in determining adequacy of representation are whether any conflict exists between the representative and the class members, the representative's familiarity with the lawsuit and his or her financial resources, and the competence and experience of class counsel." (Ackerman v. Price Waterhouse, 252 AD2d 179, 202 [1st Dept 1998]). Since the representatives owe a fiduciary duty to the other members of the class, the former must affirmatively secure their rights and oppose the arguments of adverse parties. (Cooper v. Sleepy's, LLC, 120 AD3d 742, 743 [2d Dept 2014]). And in this instance, the court was of the view the named plaintiffs were adequate class reps, since their affidavits contained enough details. The defendant’s arguments that attorneys prepared the affidavits, and that the plaintiffs lacked an understanding of the case, were summarily rejected.

On the issue of efficiency, “courts consider a number of factors, including the possibility of excessive costs and delays resulting from multiple lawsuits seeking the same or similar relief, inconsistent rulings, and whether the aggregation of the claims will allow individuals with small claims judicial relief that would otherwise be impractical.” (Onadia v. City of New York, 56 Misc 3d 309, 321-322 [Sup Ct, Bronx County 2017]). And as for this element, the court concluded that a class action was a superior adjudication method, as it would conserve judicial resources by avoiding a multiplicity of lawsuits involving the same basic facts and would induce more responsible behavior in landlords. According to the court, the defendant’s argument that a class action was somehow an inferior method ignored binding legal precedent.

Due to the rejection of the defendant’s arguments, and the plaintiff's satisfaction of the governing five-factor test, the New York County Supreme Court granted the tenant's motion for class based relief.

A copy of the decision can be found here: Quinatoa v. Hewlett Associates, LP.

Should you have questions about the regulated status of your building or apartment, or believe you have been overcharged, please do not hesitate to reach out to one of our attorneys by calling 212-619-5400.