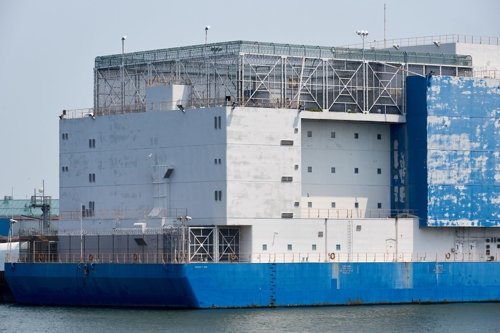 On April 16, 2018, Correction Officers Timothy Jolly and Richard Wilson failed to take proper custody of inmate Justin Lopez in the lot of the Vernon C. Bain Center (VCBC), an 800-bed jail barge anchored off the Bronx's southern shore. Because Lopez evaded supervision for about 8 minutes, the New York City Department of Correction charged Officer Jolly with inefficient performance of his duties and conduct unbecoming of a member of service, with a recommended penalty of 50 days without pay.

Jolly was the bus driver and Officer Wilson was the recorder; both were tasked with transporting Lopez and 15 other inmates from the courts and a hospital back to VCBC. Upon arriving at the jail’s parking lot, Jolly and Wilson let the inmates off the bus in desultory fashion. And while Wilson brought nearly a dozen of the inmates to intake, Jolly lagged with the final five, and didn’t notice that inmate Lopez was uncuffed and had left the vehicle. Lopez walked toward the lot entrance, then ran around the gate’s perimeter, very likely trying to escape. Lopez eventually hid under a bus, until Jolly and Wilson figured out that he was missing and captured the inmate minutes later. The chain of events was corroborated by video evidence and an admission of error by Jolly.

Consequently, in Dep’t of Correction v. Jolly, Administrative Law Judge Joan R. Salzman found Jolly in violation of the pertinent orders, directives, rules, and regulations requiring the driver to always keep watch on the inmates and to maintain the proper count of inmates exiting the bus. Judge Salzman decided that a 50-day suspension was too harsh. She was of the view, that because Jolly was a well-meaning and honest individual, 20 days without pay sufficiently reinforced the significance of his errors that fateful day.

The officer couldn't have been jolly after that ....

You can read more about the case here: Dep’t of Correction v. Jolly