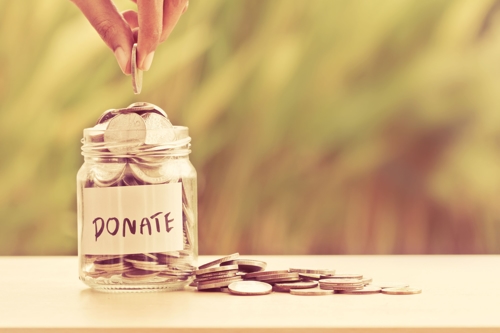 According to Penal Law § 165.30 (1), a person is guilty of fraudulent accosting when that individual "accosts a person in a public space with intent to defraud him of money or other property by means of a trick, swindle or confidence game." In People v. Mitchell, 2022 N.Y. Slip Op. 03360, Ct App, Defendant Marc Mitchell contested the meaning of the statutory definition.

The criminal complaint against Mitchell alleged that he set up a makeshift table of milk crates which blocked the sidewalk and he then asked people for donations (purportedly) to help the homeless. Upon being questioned by an officer as to where the donations went, Mitchell admitted that kept most of the proceeds. After being found guilty of fraudulent accosting by the lower court, Mitchell claimed on appeal that the accusatory instrument was facially insufficient as to the fraudulent accosting charge. He argued that the definition of “accost” included only persistent or aggressive conduct. But the court found that interpretation to be inconsistent with dictionary definitions (contemporaneous with the statute's enactment) which noted the word then meant “to approach, to speak to, to address.” (Ulmer v Municipal Ct., 55 Cal App 3d 263, 266 [Ct App 1976]). In addition, the statute’s goal was to protect the public against "the swindler who proposes by his acts to defraud innocent victims of property," (Mem of the Citizens Union of the City of NY, Bill Jacket, L 1952, ch 640, at 12), and to "aid police in stamping out an ever-increasing number of swindle rackets," of which there are "many variations." (Mem of the City of NY, Bill Jacket, L 1952, ch 640, at 7).

The Court of Appeals affirmed the lower court’s decision, holding that the "accosting" element was satisfied by allegations that defendant asked passersby to help the homeless, citing precedent to the effect that this element merely required that Mitchell make some form of contact with a victim for the purpose of involving the individual in a scam. The decision noted that the dissent’s view, to define “accost” to mean only persistent or aggressive conduct, would make the law, as originally written, impossible to enforce.

Talk about getting accosted ....