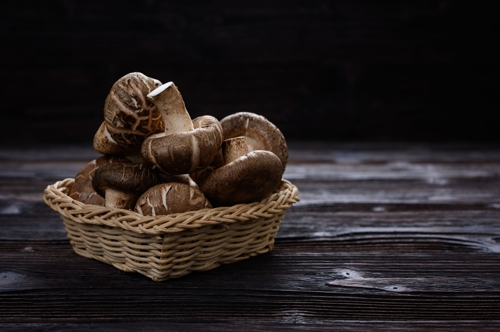 Matthew Kenny, is not only a celebrity chef and author of twelve cookbooks but the founder of a number of vegan restaurants and other food and wellness businesses. He’s said to have some 50 restaurants in twelve countries across the globe, including Argentina, Australia, Bahrain, Costa Rica, Kuwait, Maldives, Mexico, Peru, Riyadh, Spain, UK, and United Arab Emirates.
▫️
When we heard he opened a location at 3255 NE 1st Avenue, in Miami, called PLANT FOOD + WINE, we thought we’d pay the place a visit. (Interestingly, even though the place had only recently opened, it was surprisingly empty. It had none of the buzz, or traffic, you’d expect from a new restaurant. So, that was our first sign something was awry.)
▫️
Our server suggested that we start off with an order of the “Shiitake Dumplings – tofu, XO sauce” ($19, before tax and tip).
▫️
Interestingly, XO sauce was supposedly first whipped up at the he Peninsula Hotel in Kowloon (Hong Kong) and named it after the pricy cognac. It’s typically a combination of dried seafood and Chinese aged ham, together with other seasonings. A vegan version is made using shiitake mushrooms, shallots, garlic, cayenne, Japones, or Tien Tsin chilies, vegetable oil, brown sugar, cumin and salt. Both versions offer a complex flavor that is described as sweet, smoky, and salty. (This did not.)
▫️
And while the mushroom filling was supposed to be rich, meaty, and buttery, we sensed none of that here. Because this pricy dish fell flat, it ended up with a C-.
▫️
We suggest that you not ordure this shiitake. (Yes, that was a poop pun.)