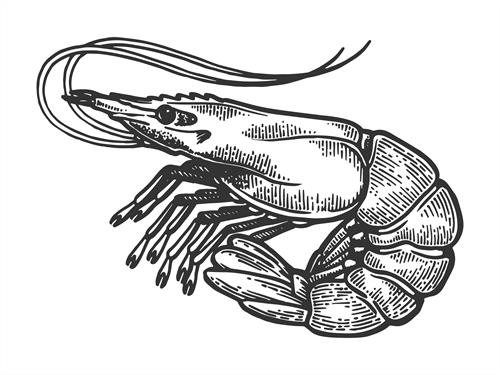 Located at 110 Plaza Real South, this establishment boasts a seating capacity of up to 235 people and features an indoor/outdoor bar area. And even though the place offers seafood, sushi, and a raw bar, you’ll also find some steak and chicken dishes on the menu.

And while we had to wait over ten (10) minutes for our server to come over to our table — (SHAME! SHAME!) — when he finally did appear, he suggested that we start with the Ceiba Shrimp Nachos – pepper jack cheese, pickled Fresno chilies ($9).

A good source of dietary fiber, vitamins A, B6, C, and K, Fresno chili peppers are named after a city in California. While they look like jalapeno, the Fresno has a fruitier, smokier taste, and registers at 2,500 – 10,000 Scoville Heat Units. But even though they’re supposed to be slightly hotter than jalapenos, these Fresnos lacked any punch, and were as lackluster as the accompanying cheese and chips.

This Pepper Jack not only failed to impart the usual semi-soft texture, but was devoid of its usual spicy, buttery taste. And the shrimp fared no better. They were rubbery and overcooked

Because there was absolutely nothing we liked about this dish, we unanimously rated it an “F.” ▫️ I guess you can say these nachos got a pretty chili reception from us.