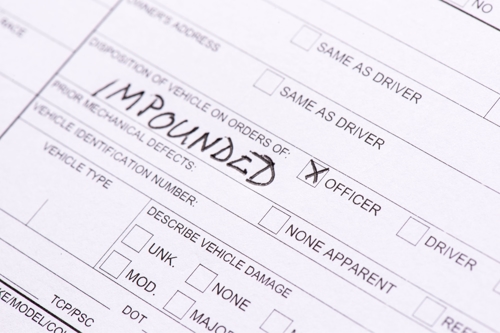 No Class, No Car

The NYC Department of Transportation brought an administrative proceeding against Clifton Davis under the Dangerous Vehicle Abatement Law, seeking to seize and impound his vehicle due to his failure to complete a “safe vehicle operation course.”

Davis was required to take the class after being cited for 128 school speed-camera violations and some 10 red-light camera violations all within 12 months. Even though he was given written notice that his failure to undergo instruction would lead to the seizure of his vehicle, Davis reportedly failed to comply.

At a formal hearing, the Department of Transportation provided evidence of some “adjudicated red light camera violations,” and based up Davis’s failure to appear, an Administrative Law Judge found that the City of New York could impound his vehicle until appropriate proof of course completion was supplied and the City was reimbursed for its seizure and impoundment fees and costs.

Guess you could say, David strayed pretty far from the course?

More information about the law can be found here:  PRESS RELEASE ISSUED BY THE NYC MAYOR'S OFFICE