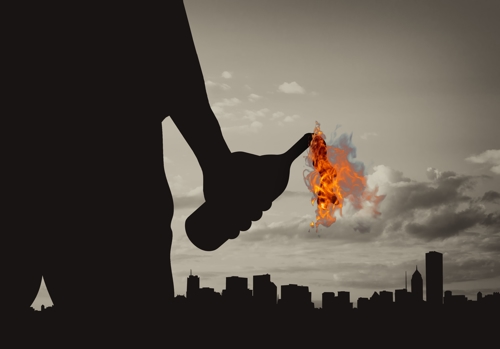 In mid-November, the Appellate Division, First Department, ordered the disbarment of two lawyers who were arrested during protests over George Floyd’s death.

Urooj Rahman, (formerly with Bronx Legal Services), and Colingford King Mattis, (previously with Pyror Cashman LLP), set a police car on fire using an explosive device known as a “Molotov Cocktail.” According to a federal court decision, “the crime was violent, reckless, and lawless.” (Link to Second Circuit appeal, below.)

In October of last year, the duo admitted to “making or possessing a destructive device,” an offense that carried a penalty of up to 10 years in prison, but prosecutors agreed to a term of 18 to 24 months.

On June 2, the duo pleaded guilty to one count of conspiracy to commit arson. That plea was enough to trigger the forfeiture of their law licenses.

Rahman was sentenced to 15 months in prison while Mattis will be sentenced on December 16th.