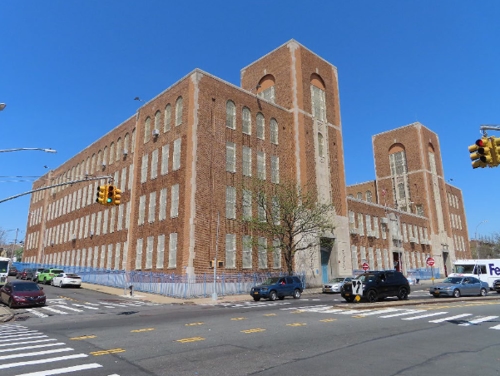 Historically rich, the city’s first vocational high school was named after Samuel Gompers, the first president of the American Federation of Labor; one of the largest labor unions in the country. (It was also the first such educational institution to focus on a single industry (electrical), rather than an abundance of trades.)

The Medieval Revival style building was designed between 1923 to 1928 by William H. Gompert, the Board of Education’s chief architect and Superintendent of Buildings, and offered auto, milling, and forge shops, together with classrooms dedicated to auto transmissions, electric light, and power.

According to Landmark Chair Sara Carroll, “the Research Department has done a fairly extensive study or survey of school buildings throughout the city and [this building] was an absolute standout.”

A public hearing on the landmarking will be held at a yet unannounced future date.