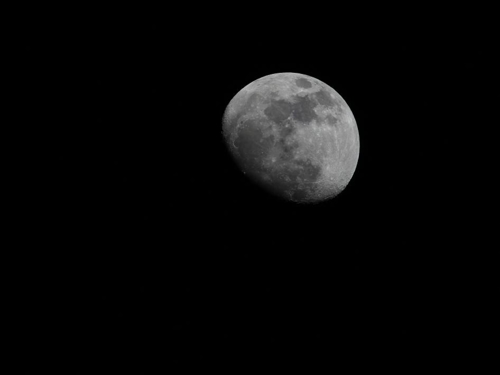 NOW THIS IS A CHEESY FILM

According to some scholars, the notion of the moon being made of cheese can be traced back to 1546, to a guy named John Heywood. He’s believed to be the originator of such expressions as, “a penny for your thoughts,” “the more, the merrier,” and “Rome was not built in a day.” And, at one point, he’s said to have jokingly suggested that “the moon is made of greene cheese” (with “greene” referring to the food’s age rather than its color).

So, it should come as no surprise, that a few hundred years later, in an award-winning, animated adventure called JOURNEY TO THE MOON -- written, directed, produced, and scored by Jack Getschman – two mice are compelled to build a cardboard rocket-ship to procure their favorite foodstuff.

Of course, during their voyage, the pair encounter an unexpected hurdle -- in the form of unfriendly “Moon Men” -- who imprison the duo and seemingly intend to do them harm …. What is their fate, you ask? Well, now you can check out this mousey adventure for yourself, for FREE, by clicking here: JOURNEY TO THE MOON, or viewing the piece below.

And while you’re at it, here are just a few of the many (international) accolades/honors the film has received over the last year or so:

A special shout-out to our mice, and to our entire crew, for their contributions here:

A film by Kadena Animation in association with Ironbound Empire.