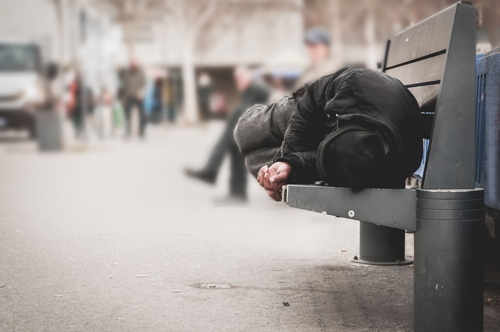 Late July, the “Committee to End Homelessness by 2026” released a four-year plan which proposed strategic recommendations to end homelessness in The Big Apple.

Led by Public Advocate Jumaane Williams, the coalition of housing experts and individuals affected by homelessness seek to combat the central root causes -- specifically a broken municipal bureaucracy and the lack of affordable housing. The 54-page report recommends providing more housing subsidies, creating more affordable housing, moving people to permanent housing, and strengthening social services. Some of these ideas are initiatives that Mayor Eric Adams has already included in his “housing blueprint” released back in June of this year.

The Committee notes that upon entering city shelters, many spend a long period of time there, because of the inability to find permanent housing; with many ending up back on the streets. And while the COVID eviction moratorium significantly reduced the shelter population, there has been a gradual uptick since the moratorium’s end, back in January of 2022.

Another cited problem is that City shelters function more like long-term housing -- as the average length of time people stay in such facilities is between 476 and 773 days. Increasing funding for the HomeBase prevention program -- a support service -- would supposedly reduce that timeframe by approximately 23 nights. Additionally, that funding would expand and improve access to federal Section 8 vouchers, limiting the amount paid by low-income households to only 30%; effectively subsidizing rents. (Other programs like Family Homelessness and Eviction Prevention (FHEPS) and CityFHEPS frequently face bureaucratic hurdles which reportedly render them ineffective.)

The Committee also supports converting vacant hotels into affordable housing, which would increase the city’s stock and offer more permanent affordable housing to the nearly 50,000 people currently in shelters. More housing placements would also reduce the amount spent by the city on homeless services. (According to a study by RxHome NYC, it costs $46,000 more per year to host a family of three in a city shelter than to provide them with affordable housing.)

Williams advocates for a more humane approach to the homeless, particularly in the face of the administration’s numerous “encampment sweeps,” where police and sanitation workers drive people away from their outdoor locations. Rather than resort to those actions, Williams would prefer that city increase the staffing, services, food quality, and privacy at shelters.

Williams is also of the view that the State Legislature’s passage of a “good cause eviction bill” would be effective, as the law would set strict limits on annual rent increases and establish critical eviction protections for all New Yorkers. And he calls for additional funding for legal assistance to eliminate the current shortage of counsel who can assist with housing court litigation. Finally, he believes the creation of a “homeless bill of rights” would inform those in need of their rights and would advise them of the range of services that are available to them.