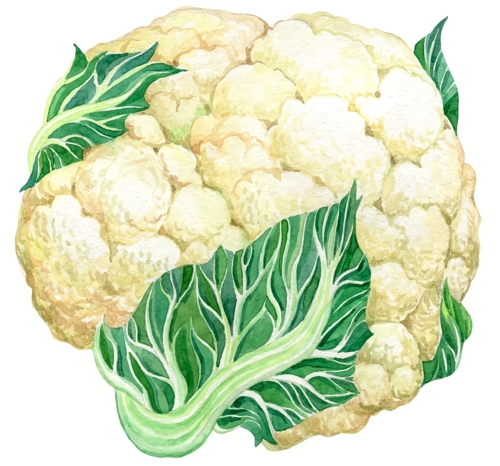 We weren’t loving our experience at PLANT FOOD + WINE, a relatively new Miami vegan restaurant located at 3255 NE 1st Avenue, headed by celebrity chef Matthew Kenny. The two dishes we had ordered – the Shiitake Dumplings and Mosaic Roll (both previously reviewed) – were subpar. But we thought we’d stay and try one more dish
▫️
Of course, I had my share of concerns when a guest wanted to try the “Roasted Cauliflower – black rice, spinach, tentsuyu,” which was going for a whopping $25 (and that’s before tax/tip).
▫️
With increasing frequency you’re going to find a variation of this dish on your favorite restaurant’s menu, and we enjoy getting it because it usually imparts a “nutty” (guilt-free) taste when roasted. Since it’s part of the “Brassica” genus, (and is thus related to broccoli, brussels sprouts, and kale), this vegetable is packed with vitamins; a cup contains 75% of the recommended Vitamin C intake.
▫️
The accompanying black rice also happens to be nutritious (high in antioxidants, protein, fiber, and a good source of iron). Also known as “purple rice,” “forbidden rice,” and “Chinese black rice,” it tastes like its brown relative, and can be described as “dense” and “chewy,” with a “nutty” flavor.
▫️
Not only did the whole thing look awful, but we can’t justify paying $31+ (after tax/tip) for a dish of this sort. Since the price point was insulting, we returned the favor by rating it a “C-” … as in, “can’t commend costly cauliflower consumption.”
▫️
Which reminds me of a very bad joke, which goes something like this: “What’s the difference between cauliflower and snot?”
▫️
Answer: “Kids prefer to eat the latter.”