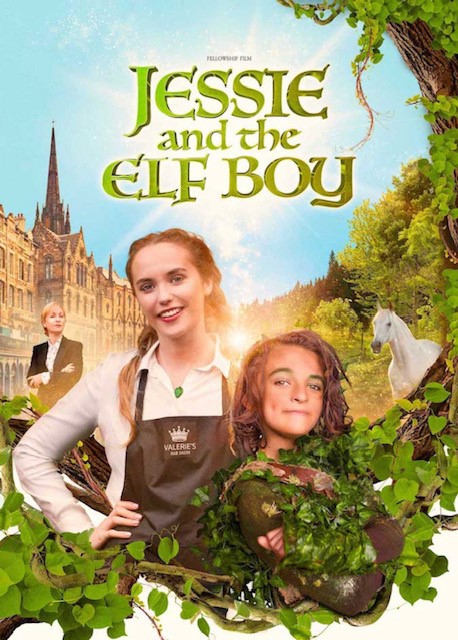 Elves are mystical beings which are typically human-like in form and possess magical or supernatural powers. Their manifestations have varied significantly over the centuries, but they are typically small, impish creatures capable of good or evil. If you happen to be a fan of these mysterious “humanoids,” then you’re going to love a new movie called, “Jessie and the Elf Boy;” a comedy inspired by the legend of Ghillie Dhu.

Now, according to local folklore, Ghillie is a kind-hearted “faerie” who hails from the forests of the northwest Scottish Highlands. He reportedly dislikes adults and has a special affinity for children -- much like Peter Pan.

The way this story goes, while lost in the woods, young Jessie MacRae is rescued by Ghillie and a special friendship is formed – until the lass is suddenly whisked away by her mum. Years later, as Jessie toils away as a hair stylist in the big city, the duo reconnect, and all-out bedlam ensues.

Made by five brothers, from two different Scottish families, the team’s prior film, “The Gaelic King,” was awarded a commendation from the Scottish Parliament and hailed as a “triumph of resourceful filmmaking.” This latest project is certainly no different.

As of April 1, you can join this truly enchanted adventure via iTunes, by visiting: https://itunes.apple.com/us/movie/jessie-and-the-elf-boy/id1610064926?cmp=rt_where_to_watch&ign-itsct=RT&ign-itscg=30200

And you can read more about the production here: https://fellowshipfilm.com/films/jessie-and-the-elf-boy/

After these last few incredibly stressful years, who doesn’t long for escapism -- some good, old-fashioned movie magic? Why not give JESSIE AND THE ELF BOY a gander?