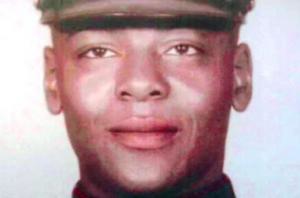 On Friday, September 17th, Gravitas Ventures released the feature-length motion picture The Killing of Kenneth Chamberlain. The film recounts the events that led to the death of Kenneth Chamberlain, Sr., an elderly African-American veteran with bipolar disorder, who was killed during a conflict with the White Plains police. (Officers had been dispatched to the man's home after his medical alert device was accidentally activated.)

The outrageous circumstances of Mr. Chamberlain’s death led Randolph McLaughlin and Debra Cohen, co-chairs of Newman Ferrara’s Civil Rights Practice Group, to file a $21 million civil rights lawsuit against the City of White Plains and several of its officers back in 2012. (The legal fight for justice for Kenneth Chamberlain Sr. is currently pending trial in the Southern District of New York.)

McLaughlin, who is a professor at the Elisabeth Haub School of Law, described the film as, “a tremendous opportunity to help not only bring the case into national focus, but to highlight the important issues – how police respond to aided calls versus criminal calls, how they police in African-American communities, and how they are trained to diffuse situations involving people in mental health crisis.” Cohen, also a professor at Haub, added that, “no matter how hard you work as a lawyer, it’s almost impossible to convey a victim’s point of view when a voice can’t be heard and they can’t testify for themselves … this film shows us the perspective of the man who is on the other side of the door and gives him a voice that we hope can inspire change.”

Released in theaters and on demand on Friday, September 17th, the movie was produced and directed by David Midell. Acclaimed actor, director, and producer, Morgan Freeman, served as executive producer. Actor Frankie Faison plays Mr. Chamberlain Sr. in the film, which won the jury and audience awards at the 2019 Austin Film Festival where it debuted.

Additional information can be found at: https://www.killingofkcfilm.com/