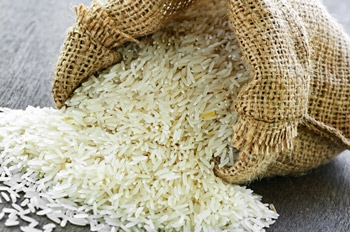 Under the direction of executive chef David Lee (“Ouzo Bay” in Boca Raton, “Sushi Garage” in Miami Beach), PLANTA – a plant-based vegan restaurant – recently opened a 200-seat restaurant up in West Palm Beach, Florida (700 S Rosemary Ave).
▫️
Because we liked this hospitality group’s South Beach restaurant, we thought we’d venture up north and give their new location a try, particularly since it’s extremely difficult to find a restaurant that caters to vegans – people who prefer foods free of any animal proteins or byproducts. While our FULLY LOADED NACHOS (reviewed a few days ago) were a total bust, we thought we’d stay and give their CRISPY RICE — avocado, spicy ahi, watermelon ($15.75) — a go.
▫️
Apparently, according to some recipes, the key to making this dish is to use leftover rice, which is coated in oil, seasoned, and then fried. Upscale Japanese eateries will usually top the resulting crunchy, golden-brown rectangles with fresh, spicy tuna. But since animal proteins aren’t utilized at this establishment, we were stuck with unpleasantly crunchy mounds of dry, super-hard rice. (They were exceedingly gritty and difficult to chew.)
▫️
If that weren’t enough, the guacamole (which topped each of the six pieces we received) suffered from a watery consistency, like the nachos we reviewed the other day. And even though the accompanying ahi (a vegan mayo-based marinade) and watermelon (the “iconic fruit of summer”) added a much-needed kick and moisture, those elements weren’t enough to salvage this dish from yet another “F” score.
▫️
Because $16 (BEORE tax and tip) was an outrageous price for these bite-sized servings of ranky rice, you’d be well advised to avoid them.
▫️
(PS: Given our utter disdain for this dish, does that make us ricists?)

To read other food reviews, check out his Instagram page: @LucasAFerrara