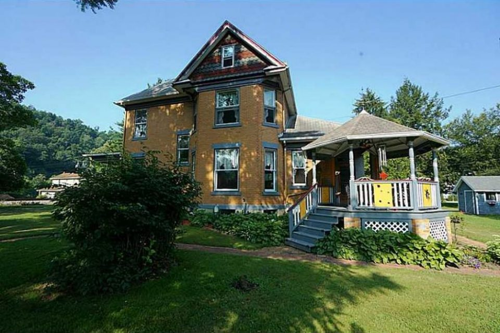 Room with some spooky squatters?

It’s no secret that housing markets across the country have been heating up this year, and it seems like buyers will agree to anything in order to sign a deal. But would living with a ghost or two be a step too far?

Well, in the spirit of Halloween, TopTenRealEstateDeals recently released a list of the scariest homes on the market, and these pads definitely aren’t for the faint of heart.

For our friends across the pond, the Compton Bassett House in Wiltshire, England, is first on the list. That 72-acre estate, belonging to British-musician Robbie Williams, dates back over 1,000 years to the times of evil King Cnut the Great. And while Williams and his wife purchased the impressive mansion for $11 MM back in 2009, they soon found something peculiar about the place, with some reported paranormal activity in their daughter’s bedroom -- perhaps the ghost of King Cnut coming back to reclaim his kingdom -- which forced them to relocate the kid to the other side of the house. Now listing the property at a loss, at $9.2 MM, it seems like the Williams family no longer wishes to co-habitate with visitors from the "other side." 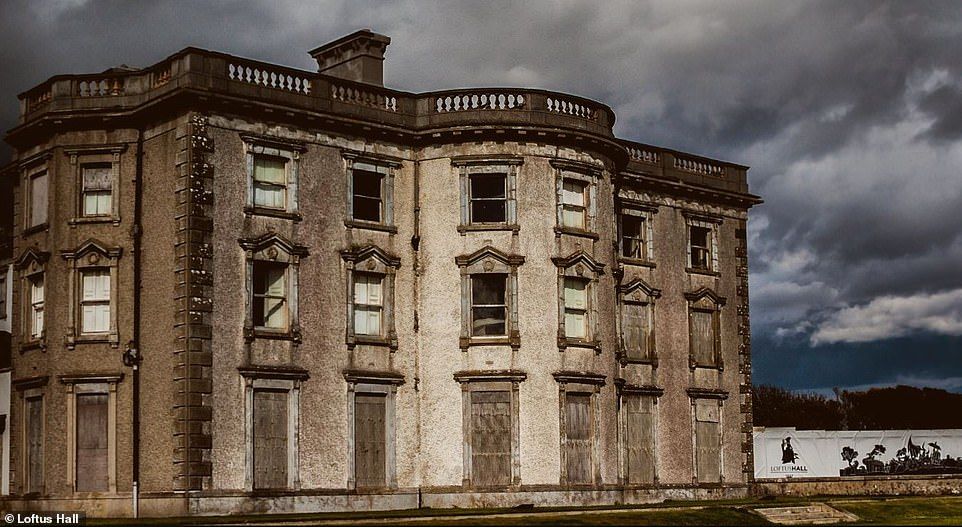 Just a bit to the west, in Ireland, sits our next haunted home for sale -- the Tottenham Irish mansion (pictured above). Now, according to legend, back in the 1700’s Lady Anne Tottenham was hosting a dinner party when a dark, handsome stranger was welcomed into the home. The other guests quickly noted hooves instead of feet, and after being exposed as the Devil himself, the creature quickly fled in a ball of flames via the front entrance. The actual door the Prince of Darkness is said to have used to escape nearly 300 years ago is still at the mansion.

Lady Tottenham reportedly never recovered from the evening, becoming a recluse in the home and ultimately going mad -- with her spirit still roaming the halls to this very day. Originally constructed in 1350, the residence sports 22 bedrooms and sits on 63 acres of property, and can be yours for a modest $2 MM. 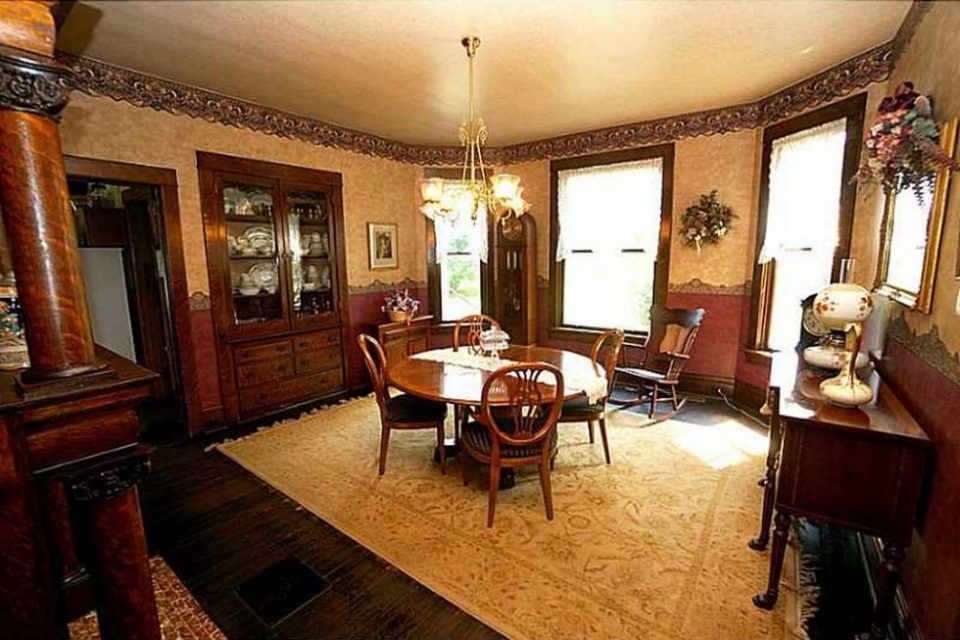 Here in the states, a particularly chilling home is up for rent, and is a sensational smash hit with avid movie buffs. The home of prolific serial killer, and unique “dress maker,” Buffalo Bill, from the Oscar-winning film Silence of the Lambs, is available to rent on AirBnB at just $595 per night (torture dungeon not included). The Queen Anne home, where Bill “skinned his humps,” sits on almost two acres in Perryopolis, Pennsylvania, and comes with an in-ground pool and detached pool house. Equipped with 4 bedrooms it’s big enough for the whole family or a thrilling get-together with friends -- maybe a dinner of fava beans and a nice Chianti?  [Pictured directly above is BB's dining room area.  At the top right, you'll find a shot of the home's exterior.]

Other notable spooky residences include the Black Dhalia murder house in L.A., where psycho-surgeon George Hodel mutilated and dismembered famed actress Elizabeth Short; the Gardette-LePretre Mansion in New Orleans, where the “Sultan” was buried alive and all inhabitants were murdered with axes; the Amityville Horror House; and the Haunted Mangolia Mansion.

So for those of you who tire of the mundane and normal, maybe some of these haunted homesteads will peak your interest?

A look at the Top 10 haunted homes available to buy/rent follows: