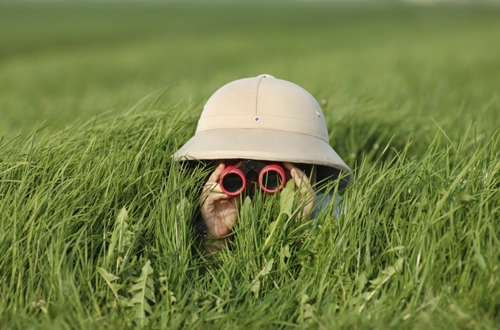 In its latest scheme to solidify world dominance, the colossus of e-commerce, Amazon.com, is set to purchase Metro-Goldwyn Mayer Studios, Inc. (“MGM”) for a whopping $8.45 billion.

Since 1924, MGM’s roaring lion has preceded countless Oscar-winning films, including West Side Story (1961), Rocky (1976), Dances With Wolves (1990), and The Silence of the Lambs (1991) – to name just a few. Now, nearly 100 years later, the pending sale will add these, plus another 4,000 films, and 17,000 television shows, to Amazon’s entertainment portfolio -- known as Amazon Studios -- which (on its own accord) is gaining notoriety for producing award-winning content such as “The Big Sick,” “Manchester By The Sea,” and The Marvelous Mrs. Maisel.”

Over the last few years, Amazon has been aggressively ramping up the streaming content on its main service, Amazon Prime, in order to compete with the likes of Netflix, Disney Plus, & Hulu for its share of advertising dollars. It is currently developing a television series based off The Lord of the Rings trilogy, with Season 1 costing an estimated $465 million – earning it the title of the most expensive television series ever made. Amazon also recently signed a deal with the NFL to broadcast Thursday Night Football, starting in 2022.

So why would the company shell out so much for MGM (considering it pales in comparison to other entertainment conglomerates likes Universal or Disney)? Other than the mere fact that the $1.7 trillion-dollar market-cap conglomerate can afford to what it pleases, Amazon Studios’ senior vice president, Mike Hopkins, attributes MGM’s worth to its IP: "the real financial value behind this deal is the treasure trove of [intellectual property] in the deep catalog that we plan to reimagine and develop together with MGM's talented team."

And no diamond in this trove shines brighter than the man with the License to Kill: James Bond.

MGM has been the longtime distributor of the Bond franchise, one of the highest grossing of all time, raking in tens of billions of dollars for the studio. Apparently, it was a major inducement in the Amazon acquisition, serving as the main reason for the sale's high price-tag (which some in the biz consider to be overvalued based on previous offers). However, MGM is not the sole owner of the Bond IP, as they share the character rights (and profits) with Eon Productions and the Broccoli family.  Since the family shares creative control over the franchise, it has say on how Bond is shared with the world – which could cause some problems for Amazon down the line if the two players aren’t aligned. (Although Jeff Bezos as the newest Bond villain seems quite fitting.)

The latest film in the Bond franchise, No Time to Die, is expected to come to the big screen this October and will be the final film featuring Daniel Craig as 007.

The MGM purchase will need to complete regulatory clearances before it’s finalized, and no date has been set for when the transition will occur. The procurement represents Amazon’s second-largest acquisition ever, shadowed only by its purchase of Whole Foods for $13.7 billion in 2017.