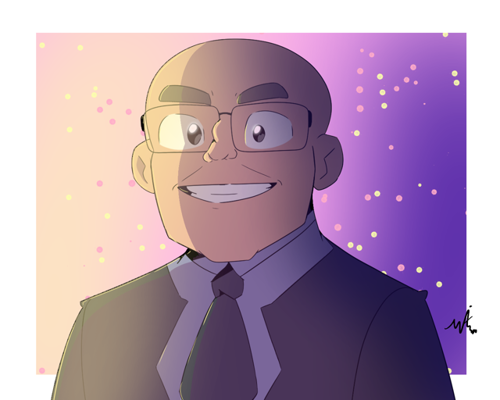 Bob’s World – a cartoon series which tracks the intergalactic adventures of two brothers – is the brainchild of 16-year-old animator and artist, Wisdom Nunn.

After an extremely successful crowdfunding campaign, Wisdom has announced that Episode 2 will be released on July 17, 2021, and you may remotely recognize someone that makes a brief appearance in the cartoon.

Because the individual in question is in dire need of some cosmetic surgery, we will not identify him by name, at this time. But check-in with us around the 17th for an update.

In the meantime, you can catch Wisdom’s first episode here: https://youtu.be/dcLr_Zq92GY

To learn more about some of Lucas's other projects, visit his IMDb page.

UPDATE: Episode 2 of Bob's World has been released!   You can catch it here: https://youtu.be/RsLf_6W_hyM or in the window below.