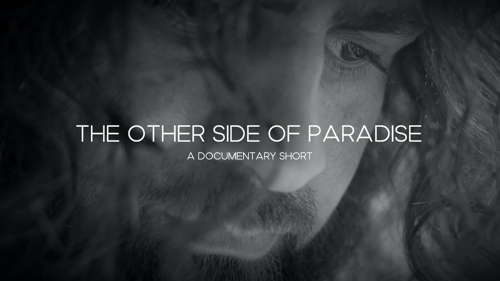 According to the UN Refugee Agency, 79.5 million people – that’s the population equivalent of the entire country of Germany – have been displaced from their homes because of “persecution, conflict, violence or human rights violations.” (That's apparently the highest number on record.)

And the Agency further reports that a new displacement occurs every 3 seconds -- that's 20 people in a minute; some 30,000 each day.

So when I heard that Elliott Watson was working on a documentary about an asylum seeker, separated from family and friends and unable to find work, I was immediately attracted to the project.

As Elliott puts it, “The Other Side of Paradise,” seeks to “change perceptions of refugees and asylum seekers as members of society,” and the film is “as much about loss and isolation as it is about hope, resilience and determination.”

Elliott and his team hope that you’ll consider supporting the endeavor by visiting their Kickstarter crowdfunding page, where in exchange for a contribution, you can receive a social media shout-out, an advance screening of the film with Q&A session, to special acknowledgments in the end credits.

As Albert Einstein observed, “The world will not be destroyed by those who do evil, but by those who watch them without doing anything.”

It is time, my friends, to do something.

Join me in making a pledge to "The Other Side of Paradise."