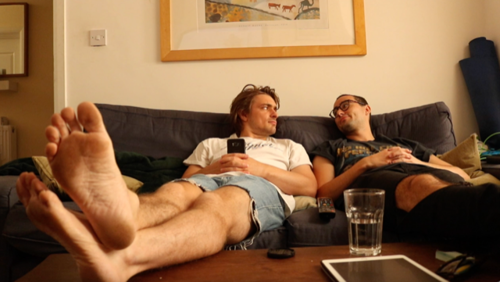 Do you enjoy film?  How about theatre?

Put the two together, and you end up with "The Chronicles of Us (and Other Stories).”

Henry Thompson and Anthony Marulanda-Carter, the creative duo behind HA! Productions, are set on establishing a comedy empire. And to that end, they’ve written a bunch of hilarious bits which they hope to turn into a short film.

Described as “sketches and longer comedy episodes that are purely silly to their core,” the guys promise a “non-traditional sketch show” filled with some “scares,” “tears,” and plenty of laughs.

Of course, all they need now is some non-traditional funding, which is why they’ve started a crowdfunder where in exchange for your contribution you can choose from such perks as, getting follows from the guys on Instagram and Twitter, receiving a copy of the film, script, blooper reel, and/or 35mm photo reel, select a costume of your choice, have a joke delivered (UK only), get an actual live 30-minute performance by the team (travel and accommodations, extra), or, you have your name or logo branded onto Ant’s “bum or calf.”

Now Henry swears that the large red mark you see on his neck in the accompanying video isn’t a "hickey" (or "love bite").