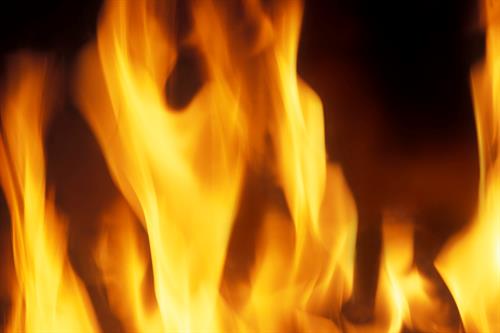 Plagued by rampant wildfires, severe droughts, cities with the highest levels of COVID-19 infections, and now a housing shortage, it seems the Golden State is in crisis mode.

As 2020 goes on record as the largest wildfire season for that state on record, victims of these devastating infernos now find themselves in a bit of a quandary: stay and rebuild or leave. But many don’t really have a choice.

Back in 2018, for example, the “Camp Fire,” the most destructive wildfire in the state’s history, had lasting implications on the town of Paradise.  A simple electrical fire, which started in the Sierra Nevada foothills, ravished the entire town, killing 85 people and leaving some 11,000 homes in ashes.

Many residents cut their losses (which were compounded by the fact that most found themselves gravely under-insured). So only about 30% of the homes destroyed in that disaster were rebuilt -- much lower than the usual reconstruction rate for other California localities impacted by wildfires. Many insurers are also refusing to write policies covering certain areas susceptible to fire damage, making rebuilding even less preferable or desirable.

To add to the conundrum, an unprecedented housing shortage has severely inflated the market, with the average price of a single-family home recently surpassing $700,000. Driven either by an inability to meet construction demand, or owners choosing not to rebuild, the rate at which building permits have issued and new homes were built has declined, despite skyrocketing demand.

Certain super-affluent areas of California, such as Malibu, are impervious to this disconcerting trend, as these properties represent an almost god-like commodity that rarely lose value even after a wildfire: “Rebuilding after a fire is sort of like someone who gets a shark bite and still goes back and surfs,” said president of L.A. brokerage Nourmand & Associates, Michael Nourmand, after the 2018 Woolsey Fire that hit Malibu, “But people in L.A. have a short memory. Most people are planning to rebuild.”

In places where money isn’t as dispensable, residents find themselves on waiting lists for home reconstruction, which unfortunately leaves many succumbing to homelessness in the process. When the demand for homes rises, so does the price of rentals, which can make housing unaffordable for struggling families who have lost their homes.

Is it any coincidence, then, that California now leads the nation in homelessness, with more than 150,000 individuals in its ranks?  That shocking figure also does not include those who have become homeless due to the pandemic – a number which is certain to increase dramatically in the months ahead.

In response to the housing shortage, some appear to be moving to more rural areas where the prices are more reasonable - such as little El Dorado County, east of Sacramento, where 2020 sales rose by a whopping 28 percent.

To combat the wildfire issue (an admittedly more difficult task with unpredictable results) community planners are weaving in “fire resilience” into their blueprints -- constructing homes with greater fire-resistant materials and strategically planting fire-retardant vegetation to act as barriers between neighborhoods to quell the movement of a wildfire.

While definitely steps in the right direction, we fear that they come a bit late, and that countless more Californians will be slipping through the cracks and in dire need of other housing options.