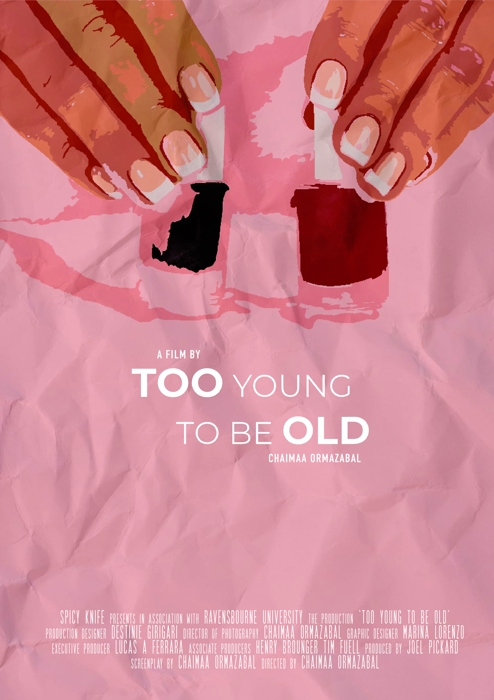 As youngsters mature, most develop a sense of “self,” and will begin making independent choices – often distancing themselves from their parents in the process. But as this self-awareness occurs, some guardians may find that growth “threatening” and will take steps to hinder the maturation effort.

Overly intrusive and controlling adults, as well-intentioned as they might be, could end up hindering a child’s development. And some experts consider such “infantilization” a form of “abuse,” as these kids are often at an increased risk of suffering academically, behaving impulsively, developing poor social skills, and are also more likely to engage in self harm.

Because you rarely see these issues addressed in film, I found Chaimaa Ormazabal’s new short, “TOO YOUNG TO BE OLD,” quite compelling. In this “coming-of-age drama,” we witness a dysfunctional mother-daughter relationship and its effects on our young protagonist.

Raising funds for a film in the midst of COVID is also having its fair share of adverse effects. But the team perseveres. And in exchange for a relatively modest contribution to their crowdfunding campaign, you’ll receive a copy of the script, a signed postcard from the set, digital access to the film, behind-the-scenes footage, a Q+A with the crew, appear as an extra in the film, and score a “shout-out” in the end credits.

Don’t be a curmudgeon …. Help “TOO YOUNG TO BE OLD,” see maturity!