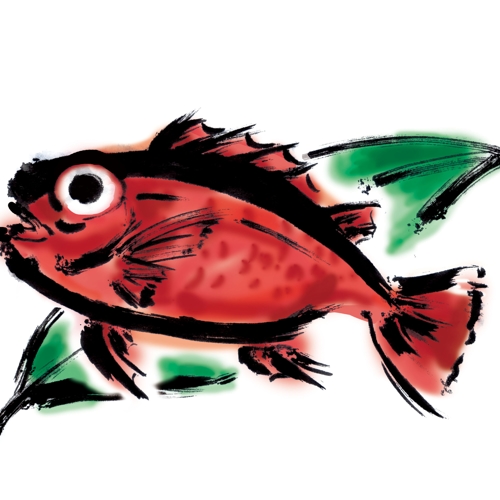 David Bouhadana, or “Chef Bou,” as he’s affectionately called, has a bunch of boutiquey “Sushi by Bou” locations in Chicago, Jersey City, Miami (Versace Mansion), and Pompano Beach. You’ll find his NYC restaurants at the Limelight Church in Chelsea, the Sanctuary Hotel in Times Square, and at Hotel 3232 in Nomad. We also discovered that he’s got another offshoot, called “SUNSET SUSHI,” at 2433 N Federal Hwy, in Boca Raton, Florida — which is precisely where we were dining. (I’ve shared some of the courses we enjoyed over the past few days.)

At this establishment, you’ll experience an “omakase” — which is a 15-17 course meal, served over a 2-hour period, where the restaurant’s chef makes all the selections for you. You’ll have little say over the process, other than to savor the offerings and pay the somewhat exorbitant check. (A place at this 8-seat counter will run you about $150 per person (for starters). A la carte selections, beverages, tax, tip, gratuities … are all extra.)

Next up was the “Splendid alfonsino,” scientifically called “Beryx splendens,” but in Japanese cuisine, you may know it as “Kinmedai” (金目鯛), or “Golden Eye Snapper.” These creatures are typically about 12 inches long, but can grow up to two feet, and are found off the waters south of Tokyo, such as in the prefectures of Kanagawa and Shizuoka.

This mild-tasting fish is usually seared prior to serving (as you see in the accompanying video) to tenderize and release the distinct umami flavors. (Because it has a high oil content, and firm white flesh, it’s frequently used for fishcakes or croquettes.) While it also ranked an “A-,” the meal’s cost was what prevented this selection from achieving our top score.

A perfect Sunset? Not quite. But Sunset Sushi certainly shines bright.