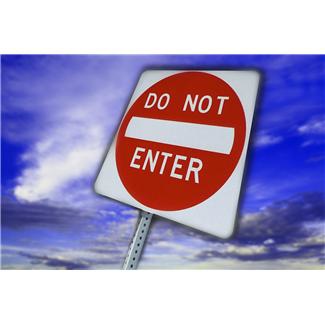 In a city like New York, where buildings are in close proximity to each other, it may not always be possible to repair or make improvements to a structure without entering one or more adjoining properties. So, what happens when the neighboring owner is uncooperative, and refuses to grant access? While New York’s real property law addresses this scenario, the statute has its limitations.

According to Section 881 of New York’s Real Property Actions and Proceedings Law (RPAPL), a party seeking to enter adjoining property (owned by another), may procure relief from a local court. And to that end, the applicant is required to specify (a) whether the improvements/repairs are necessary or elective, (b) the length of time for which access is needed, and (c) the extent to which neighbor’s property would be impacted by the proposed use. Under the right circumstances, the court may award a license to the applicant-petitioner “upon such terms as justice requires.” In a recent decision, the Appellate Division First Department provided some clarity as to what that latter phrase means.

By way of some background, in October 2020, an adjoining property owner filed an appeal arguing that the Supreme Court wrongfully granted access to its property. Apparently, the applicant wanted to install overhead roof and terrace protections in connection with façade work being done to its building. But the protections would completely prohibit the adjoining building’s tenants from using their terraces.

Noting the intrusion, and that the appellant and its tenants would not derive any benefit from it, the appellate court ruled that the grant of a license under these circumstances also warranted the award of contemporaneous license fees. It thus directed the Supreme Court to reconsider the amount of money to be awarded to the appealing owner. Furthermore, since it was conceded that access to the interior part of appellant’s building wasn’t needed, that portion of the Supreme Court’s order granting such interior access was modified.

The full text of the April 29, 2021, Appellate Division, First Department, decision may be viewed here.

Should you have questions or need assistance with negotiating the terms of an access agreement, please feel free to reach out to an attorney from our office, by calling 212.619.5400.