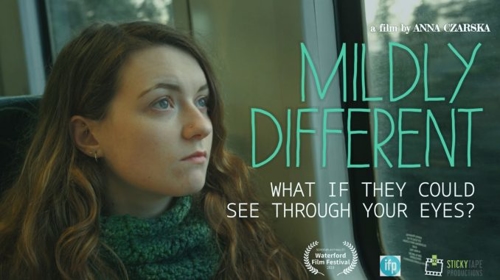 According to the National Autism Association, and other online sources, “autism” is a “bio-neurological developmental disability” which impacts 1 in 54 children.

Characterized as the “fastest growing developmental condition,” it impacts the way people behave, interact, and communicate with others, and manifests in a variety of different forms, including (but not limited to) the inability to look at (or listen to) people, or, to maintain a conversation with neurotypical individuals -- with research showing that autists are often able to communicate well with other autists. Other indicators include sensitivity to touching, difficulty following unclear directions, inappropriate (or no) facial gestures, to a preference to being alone due to the anxiety caused by trying to fit in with others.

While it’s three to four times more common in boys, researchers suggest that the condition often goes undiagnosed in girls -- supposedly because the latter are better at “camouflaging” the manifestations.

MILDLY DIFFERENT, a new film written and directed by Anna Czarska, seeks to highlight the disparity in support resources and to promote increased autism awareness, as well as acceptance, particularly as far as young women are concerned. And to that end, her project will be made by, and star, autistic creatives.

But making a film, at this particular moment in history, is quite costly, and to help secure funds for the production’s final stages, the team has started a crowdfunding campaign where in exchange for a contribution you‘ll receive a social media shoutout, a digital copy of the script, a link to the finished film, some behind-the-scenes footage, a remote chat with the director and/or virtually join the team on set, and also score a special acknowledgment in the end credits.

Fear not of being unique!

Stand proud and join me in supporting MILDLY DIFFERENT.