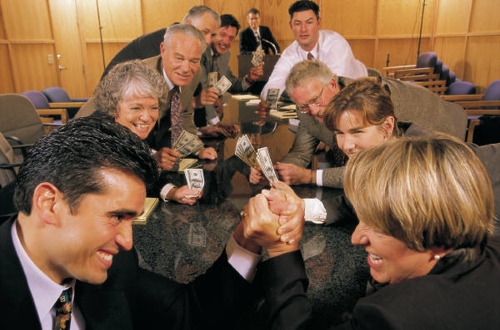 The New York County Supreme Court recently ruled that the owner of the building at 1209 DeKalb Avenue in Brooklyn must formally respond to a complaint filed by the building’s tenants. The class action lawsuit—filed by Newman Ferrara LLP—accuses the landlord of availing itself of certain benefits of a tax-abatement program, while skirting its legal obligations.

Tenants argue that their Brooklyn landlord took advantage of the 421-a tax abatement program, which offered developers tax incentives for constructing new, market-rate, multi-family rental housing. In this particular case, participation lowered this property's taxes from 12.4% to effectively zero, saving millions of dollars per year. But in exchange for those credits, ownership was required to provide its tenants with the protections of rent regulation, even if the apartments would otherwise be exempt. (This requirement has been modified under the “Affordable New York Housing Program” amendments to the 421-a program.)

Rent regulations limit the amount of rent that NYC landlords can charge and circumscribe the manner in which they are able to raise rents. To secure future percentage-based increases, participating owners must first establish an initial legal regulated rent for each unit and then register the “initial adjusted monthly rent charged and paid,” with the New York State Division of Housing and Community Renewal (DHCR).

According to Elizabeth Chernett and Michael Rapin (and a possible class of more than 100 former and current tenants), the landlord in question intentionally reported rents that were higher than what tenants were charged, so that the owner could later raise rents based on the higher reported amounts. Such “illusory” registered initial rents, the tenants argue, did not reflect the concessions offered by the landlord—which often times included free months of rent. The complaint explained this practice as follows: If the owner set the initial rent on a eighteen month lease at $3,095 per month but gave three months “free,” the unit was registered at $3095, instead of at the prorated, “net effective” monthly rent of $2,579.17, which was what was actually paid by the tenant. That higher rent number was then impermissibly used for calculating future increases, allege the tenants.

When the landlord filed a motion to dismiss the case, powerful landlord lobby groups, such as the Rent Stabilization Association of New York City Inc., Community Housing Improvement Program Inc., and the Real Estate Board of New York, or REBNY, asked to join in and filed an amicus brief in support of that request. The defendant’s side argued that the lease riders signed by tenants noted that the “free rent” wasn't preferential and that the court needed to throw out the case on public policy grounds.

But the judge rejected those arguments and found the landlord’s claims to be “too speculative, on a motion to dismiss, to justify dismissal[.]”

Said Roger Sachar, a partner at Newman Ferrara and one of the attorneys for the tenants, “we are pleased with this preliminary victory, and look forward to more to come, as we continue the fight on behalf of injured tenants at 1209 DeKalb.”

FOR ADDITIONAL INFORMATION ABOUT THIS CASE, OR TO REPORT A POSSIBLE ABUSE OF THE RENT LAWS IN YOUR BUILDING, PLEASE FEEL FREE TO CONTACT MR. SACHAR DIRECTLY AT 212-619-5400.