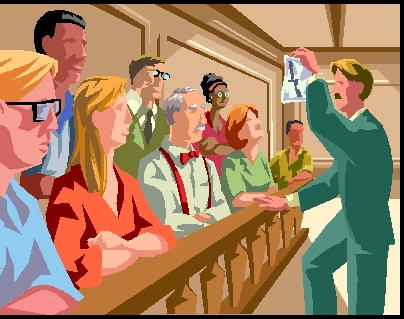 Day 5 of Derek Chauvin’s criminal trial (for his involvement in the death of George Floyd) continued with testimony from Minneapolis patrol sergeant Jon Edwards and homicide lieutenant Richard Zimmerman. Both reported to the scene in the hours after the incident, and remained on-site until the state’s Bureau of Criminal Apprehension arrived to take over the investigation.

Lt. Zimmerman has been a member of the Minneapolis Police Department (MPD) since 1985, and is presently its longest serving, senior member. The prosecution was given leeway to use him as a quasi “expert” witness on use-of-force training and policy. As someone who receives that training every year, Zimmerman characterized Chauvin’s response to the incident as “totally unnecessary,” and “uncalled for;” indicating that the Lt. saw no reason for the officers at the scene to believe they were in danger.

The defense, on cross-examination, continued to harp on the location as being in the midst of a high-crime area and sought to elicit that officers were being threatened by bystanders. Attorney Nelson also attempted to broaden the jury’s view of the discretion officers are, or should be, given to “improvise” when the situation requires, so that they may protect themselves and others. Nelson repeatedly referred to the need to look at the use of force within the “totality of the circumstances” the participants faced, not just within the narrow perspective afforded by body camera footage.

On re-direct, the prosecution used Zimmerman to reinforce that, although he is not a police trainer, he has annually undergone use-of-force training and is well versed in what is encompassed. Based on that experience, Zimmerman adhered to his view that the response by his fellow officers, here, went beyond the bounds of what was reasonable or necessary.   And given that testimony, it is likely the defense will be using experts to address police practices and training in order to justify Chauvin’s actions.

Zimmerman was effective for the prosecution in several interesting ways. First, he is a senior and experienced member of the same police department as that of Chauvin. That was quite persuasive. Second, Zimmerman came off calm and personable, and listened carefully to the questions that were posed, and provided clear answers, all while making eye contact with the jury, as if in a conversation with them. That likability and relatability worked exceedingly well.

Overall, today offered a strong presentation by the prosecution, but the defense is doing what it can to lay the groundwork for future testimony which will paint Chauvin’s actions as legally justifiable.