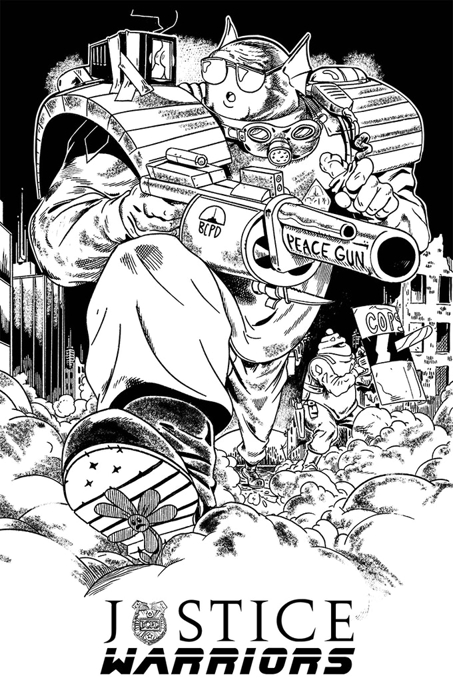 Looking for “an anti-cop show … on acid?”

How about an irreverent comedy?

Then, “JUSTICE WARRIORS,” a new animated series created by Ben Clarkson -- a Montreal-based animator, artist, and cartoonist -- may be right up your alley.

As Ben proudly notes, this is “an over the top, ultraviolent farce which skewers cop shows, good taste and moral certainty.”

For a limited time, in exchange for supporting his crowdfunding campaign, you can choose from a bunch of neat “perks,” which include some original art, having a character, designed by you (or made in your image), to snagging a speaking role in one of the shows.

Together we can make something dark, dangerous ... and extremely funny!