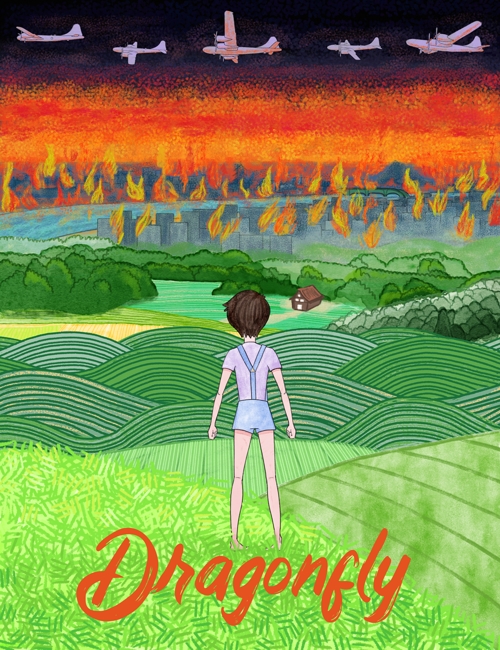 In early March of 1945, the United States Army Air Force firebombed Tokyo, Japan, and, in its wake, an estimated 100,000 civilian lives were lost, and some one million people were left homeless. (It’s often called the largest, most destructive, single air attack in human history.)

Inspired by that event, and the life of her grandparents, Julia Morizawa (Infinite Pictures) has written and produced a short film called, “DRAGONFLY,” which will feature animation by Maria Marta Linero (of Roly Poly Motion).

As Julia notes, the film seeks “to increase awareness about this tragic moment in history from a narrative perspective that allows a modern audience to remember that these were human beings, not just numbers, who were lost during a time of war.” She continues, “I hope to explore and share my heritage while inspiring a better future … lest history repeats itself.”

Julia also seeks to increase awareness about her ongoing crowdfunding campaign, where in exchange for a contribution, you can receive a digital screening of the film, a digital storyboard frame, a handmade dragonfly ema board, a video chat with the creator, a script consult, to film credits.

Catch this magical DRAGONFLY, quick! ….. Before it takes flight!