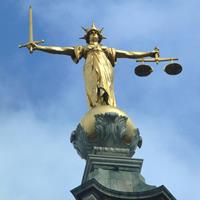 Governor Andrew Cuomo recently announced he will be slashing the New York court system’s annual budget by 10% -- or approximately $300 million.

In a memorandum issued last week, Chief Administrative Judge, Lawrence Marks, informed the administrative judges that the cut would compel the judiciary to “implement a range of painful measures.”

One of the courts’ cost-saving measures includes granting recertification only to three of the 49 judges over the age of 70. (Supreme Court Justices are required by state law to apply for recertification and undergo cognitive exams every two years after turning 70.) This move is estimated to save the system approximately $55 million. One Queens judge, on the condition of anonymity, is reported to have said, “[t]hey’ve got to show the governor they’re doing something, and show the judiciary is on board, and they’ll do whatever they have to do to balance the budget[.]”

Judge Marks’s memo also notes that the judiciary will implement a strict hiring freeze, spending reductions, and deferring debts to the next fiscal year. “We’re all in the trenches together[,]” said Lucian Chalfen, the Office of Court Administration spokesperson.

With no federal aid coming any time soon, other state agencies and governmental bodies are also anticipating budget cuts—with some fearing reductions as high as 20 percent.

Scott Karon, President of the New York State Bar Association, stressed in a statement that it is critical “that our federal and state governments work together to find revenue sources and restore this money.” We note our agreement.

Lucas A. Ferrara, a Newman Ferrara partner and adjunct Professor at New York Law School noted, "The wheels of justice already turn slowly enough, can you imagine with 46 fewer judges?"